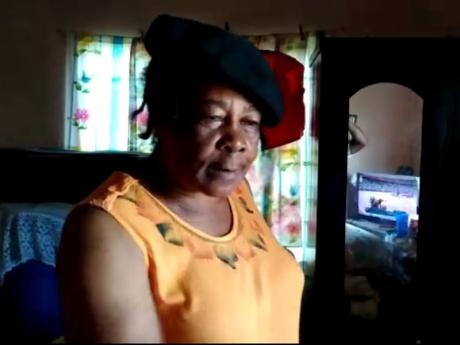 Hycenth 'Gloria' Thompson, the grandmother of Elaine Thompson-Herah, said her granddaughter called her before leaving for Tokyo requesting prayer.

It was a jubilant Hycenth 'Gloria' Thompson who shouted praises to God as her granddaughter, Elaine Thompson-Herah, crossed the finish line first in the 100m final on Saturday at the Tokyo Olympics.

As Thompson-Herah powered to the finish line ahead of the pack, Gloria shouted "let it go gal, let it go gal. Whe mi send you a Tokyo go duh? Nuh fi run! Cock up, gyal! Cock up, in di name of Jesus," she shouted.

Gloria Thompson, the grandmother of Olympic 100m champion @FastElaine, was ecstatic this morning as she watched the final of the women's 100m from her hometown in Banana Ground, Manchester. It's a win Thompson had predicted and she is looking for a repeat in the 200m. pic.twitter.com/VV6nJbVavF

Gloria says she is already looking ahead to the 200m.

She declared: "One more left and it a go hotter than this"

Commenting on her granddaughter's victory, Gloria said she prayed to the Lord and knew that everything would be alright.

She said Thompson-Herah called her before leaving for Tokyo requesting prayer.

Gloria said she assured her she would pray and advised her not to "ring up her mouth."

She crossed the line in 10.61 seconds to defend her title and lead a Jamaican sweep of the medals, besting Joyner's mark of 10.62 at the 1988 Seoul Olympics.

Thompson-Herah beat rival Shelly-Ann Fraser-Pryce by .13 seconds. Shericka Jackson won bronze. This had been shaping up as a fast race for some time. Fraser-Pryce ran the fourth-fastest time in history at 10.63 seconds in June.