Ditch the queen, for God’s sake

Barbados wears the pants in the region and Jamaica needs some of that country’s cahunas: Bert Samuels 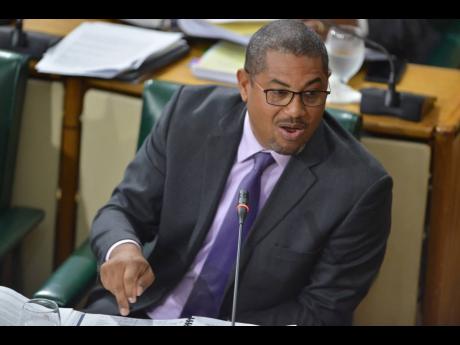 ‘Personally, I am ashamed that I have been elected by the constituents of Manchester North East and I have more allegiance to the queen than Jamaica.’ – Mikael Phillips 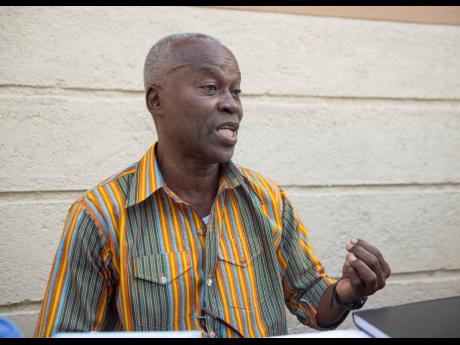 ‘I am very embarrassed about the miseducation of people who we call learned’. – Bert Samuels 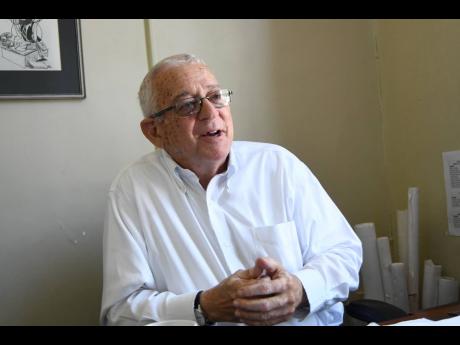 ‘Many people feel that leaving the monarchy will destabilise the country, so make no change’. – Ronald Thwaites 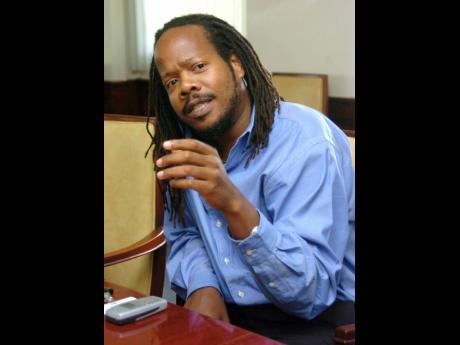 ‘I don’t know why it has taken this long because it is something that has been spoken about and there have been ample opportunities.’ – Steven Golding 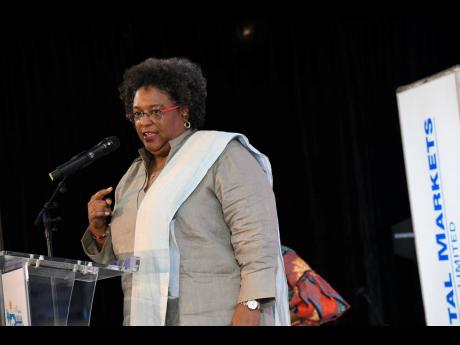 Barbados Prime Minister Mia Mottley announced recently that her country will become a Republic by November. 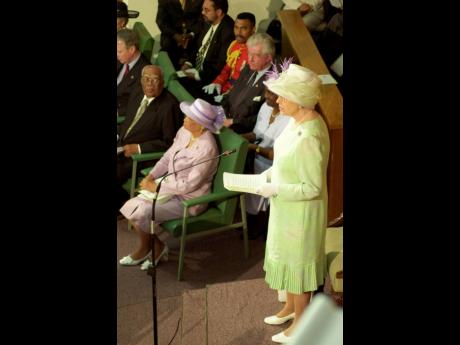 Despite numerous promises made over the years by Jamaican politicians to remove the Commonwealth’s great-grandmother as Head of State, Queen Elizabeth and her heirs still have the final say here. The proposal to break ties with the monarchy has...

Despite numerous promises made over the years by Jamaican politicians to remove the Commonwealth’s great-grandmother as Head of State, Queen Elizabeth and her heirs still have the final say here.

The proposal to break ties with the monarchy has been the main point of political platform speeches, parliamentary talk and inauguration speeches, but despite the flirtation by both political parties, no administration has yet to commit to the divorce.

In fact, only one politician has sought to advance the process in the last 10 years.

Member of Parliament for Manchester North East Mikael Phillips, in a resolution tabled in 2020, called for debate on the issue and for the long-touted referendum to be held to dislodge the entrenched position. His resolution calls for a referendum to take place in time for the country’s 60th anniversary of Independence and to be tied to local government election, which has been postponed until February 2022.

“…And be it further resolved that Jamaica takes these immediate steps to finally repatriate this fundamental symbol of Jamaican sovereignty, the Head of State, to our homeland, Jamaica land we love, prior to our celebration of 60 years as an independent nation…”

“Personally, I am ashamed that I have been elected by the constituents of Manchester North East and I have more allegiance to the queen than Jamaica. I want to have total allegiance to Jamaica and the people. With this Constitution, the queen remains the boss of everyone,” Phillips told The Sunday Gleaner.

He expressed disappointment that Jamaica, that has led boycotts against countries for numerous atrocities, is behind a country most thought was more British than Caribbean.

Phillips was pointing to Barbados, whose Prime Minister Mia Mottley announced recently that her country will become a Republic by November. Called ‘Little England’ among islands of larger mass like Jamaica, Barbados will join Trinidad and Tobago, Dominica and Guyana as republics, with non-executive presidents.

Mottley’s announcement caused eyes to turn on Jamaica, which has been promising to do the same for years.

Phillips bemoans the reticence, given that 13 general elections have been held since Independence, each with peaceful transfer of power. The MP said Jamaica’s democratic system has withstood all political tests since 1962 and we should not allow ourselves to be controlled by Britain.

Distinguished criminal defence attorney Bert Samuels hopes ties with the monarchy will be severed in his lifetime.

“I think the leadership that Jamaica thinks it has on progressive thinking has been overtaken by Barbados, because Prime Minister Mia Mottley is a strong leader. She is an anti-monarchist and she is now the leader in the narrative of republicanism, self-determination and cutting ties with a very sad chapter in our history,” stated Samuels, who has been championing the cause for years.

The attorney said Mottley is speaking loudest among regional leaders on whose people genocide has been inflicted by England and Spain and who are deserving of an apology. Samuels said African Jamaicans were not the only victims of the genocide, pointing to the Arawaks and Tainos.

“Our self-esteem is so low, that when she (the queen) used us and our grandfathers and grandmothers of the Windrush Generation to build her country, she tossed them out unceremoniously, before imposing visa on others,” he stated.

Admitting that discussions are multidimensional, and citing the Privy Council – Her Majesty’s final Court of Appeal to which we have clung since Independence – Samuels said litigants and lawyers could be denied visas to go to the court.

The Caribbean Court of Justice (CCJ) is the final court for several nations in the region.

“I am very embarrassed about the miseducation of people who we call learned. For example, I have written to the former chief justice and the current one, asking them to retire the disgraceful statements made in our courts every morning – ‘God Save the Queen’ – and nothing has been done. In the halls of justice in Jamaica in 2021, we still think that before we dispense justice to Jamaican citizens, we should ask God to save the queen,” said the well-known pan-African exponent.

“We are using a Christian God to heap praise upon an institution that has committed so many sins on its subjects.”

Citing the oath taken by queen’s counsels – very senior lawyers – he said it was a pledge not to act against her majesty, which he views as “a whole line of garbage and nonsensical adherence to someone who means nothing to us”.

He said ‘queen’s counsel’ is a title he will not take, and while not denying our historical linkage, he said we should know when to “leave people’s yards”.

“Barbados wears the pants in the region and Jamaica needs some of that country’s (cahunas),” he stated.

IT WILL NEVER COME

Samuels explained what he believes to be the reservation.

“Because we have a pending petition to put to her for reparation, if we separate from her before we make that petition, then we will not be in a position to make it. That’s the only issue I see. So let’s do the petition this year, or next year, then we move,” he said.

He said Jamaicans were brainwashed to believe that the queen is our benevolent benefactor, and when abused by her subjects she can be petitioned at the Privy Council.

Former education minister Ronald Thwaites does not believe there is any intention to debate the Phillips resolution.

“That referendum will never come. Some people have been saying that it will be bundled up with leaving the Privy Council, but that resolution is a bold move. The government will sit on it. Many people feel that leaving the monarchy will destabilise the country, so make no change. There is a deep self-distrust among ourselves,” Thwaites noted.

“Some of the most progressive radicals among us, when it comes to going beyond the rhetoric, we wonder, and extend it into the arena of political distrust, asking who is going to be the president, what kind of arrangement it is going to be. It is almost congenitally impossible for the prime minister and opposition leader to agree. And that’s the really sad part.”

An agreement among both political parties could see the removal of the queen as Head of State in less than a year, Thwaites believes.

WHY IS IT TAKING THIS LONG?

Steven Golding is the president of the Universal Negro Improvement Association (UNIA), an organisation formed by National Hero Marcus Garvey with the objective of celebrating Black pride and economic independence.

Golding said divorcing from the queen was a promise made by his own father, former Prime Minister Bruce Golding, when he formed the National Democratic Movement (NDM).

“I don’t know why it has taken this long because it is something that has been spoken about and there have been ample opportunities. It was a selling point of the NDM which attracted people to it, and when he (Bruce Golding) returned to the Jamaica Labour Party, it was a point on which agreement was made,” said Golding last year.

Golding expressed admiration for Phillips’ efforts, referencing also the effort of Mike Henry in his long quest for reparations, adding, “The Jamaican Parliament should have walked out on David Cameron when he told us to move on from slavery, an institution from which he has benefited.”

Cameron, a subject of Britain, was delivering a rude message in that 2015 address, he said.

The queen is represented by the governor general in Jamaica and can only be removed by support of two-thirds of both Houses of Parliament.