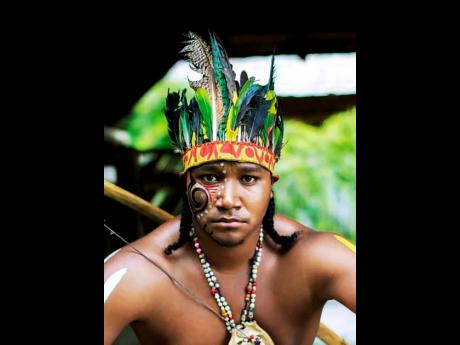 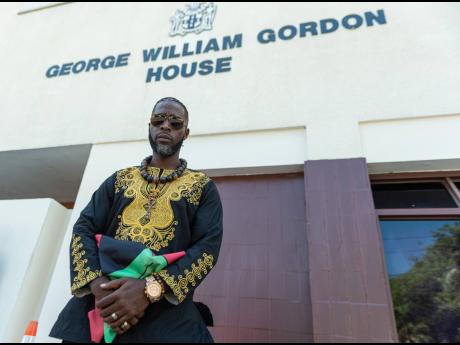 File
Accompong Chief Richard Currie, seen here at the seat of parliamentary power, Gordon House, has challenged the authority of the Jamaican State in administering law on Maroon lands.
1
2

Nestled in the mountains of Dominica, the Kalinagos, like the Maroons in Accompong, share many similarities. Both groups trace their lineage to indigenous people, resisted colonial occupation, and have carved out levels of autonomy within their...

Both groups trace their lineage to indigenous people, resisted colonial occupation, and have carved out levels of autonomy within their communities.

Yet, unlike the Accompong Maroons, the Kalinagos enjoy a more positive relationship with the government despite being the last island to submit to colonisation due to local resistance.

Kalinago chiefs, including the incumbent, Lorenzo Sanford, have been key to fostering this robust relationship.

In an exclusive interview with The Gleaner, he revealed some of the outcomes of this successful partnership.

That is not an empty promise as construction of the first 150 housing units has already begun. Despite these initiatives, Sandford acknowledged that there have been tensions with the government in the past but noted that relations have improved significantly over the last 20 years.

Minister of the Environment, Rural Modernisation, and Kalinago Upliftment, Cozier Frederick, attributes the thawing of these relations to steps taken to include the voices of the Kalinago community.

“In the year 2000, the present government established what we called then a Department for Kalinagos Affairs. The purpose of that institution … was to provide [the Kalinagos] a voice within the governance of the country.”

As a member of the Kalinagos community himself, Frederick understands the need to provide an outlet for discussion as he shares many of the aspirations of the group. In fact, several of his relatives, including his father, uncle, and two cousins all previously served in a dynasty of chiefs.

This common ancestry has guided his interactions with the community, which is also situated within his constituency of Salybia.

“I understand the autonomy the chief ought to have, and I have been able to successfully navigate for the last year and a half because I keep reminding colleagues in central government that the Kalinagos Council has the legitimate rights over the lands and development,” Sanford told The Gleaner.

The government is responsible for all public infrastructure and social services, including schools, health centres, and public roads. Farming subsidies are also given based on the council’s guidance, especially after Hurricane Maria made landfall over the Kalinagos territory in 2017.

Within Jamaica, controversy was recently sparked as members of the police force were allegedly chased away by Maroons after they attempted to destroy cannabis plants.

Newly elected Accompong chief Richard Currie issued a series of bombastic messages through social media, insisting on the sovereignty of the Maroon group in western Jamaica and his right to defend the indigenous group.

That triggered a riposte from National Security Minister Dr Horace Chang, who is also the deputy prime minister, dismissing the Maroon assertion of parastatal autonomy.

However, Kalinagos farmers were allowed to grow cannabis even before it was decriminalised because it was designated one of their indigenous herbs, Sanford said.

Nothing takes place within the Kalinago territory without consultation and approval from the council as that is the only area of the island not open to business for everyone. The government even negotiates access to water resources.

“All of the eight different cluster settlement areas in the Kalinago territory are bordered by waterways,” Frederick elaborated. “After consultation with the council, access to those water resources were made available so the water agencies could set up the systems for neighbouring communities.”

For government-funded developments, indigenous peoples plans that show how residents will be affected are also prepared.

The Kalinagos also benefit from having secure landholdings as the council is responsible for managing the natural resources and adjudicating property disputes as land is communally owned.

First established in 1903, the Kalinagos territory was delineated in the 1978 legislation.

This is another major difference between the Kalinagos and the Maroons as questions remain as to the amount of land over which the Maroons have control.

Accompong Chief Currie has taken to task the Forestry Department over the placement of what he deems as “illegal” markers near Maroon settlements. This mutual distrust has festered over many years and has been compounded by the Government’s recent decision to approve mining near the Cockpit Country.

In contrast, the Kalinagos assist the Forestry Department with managing woodlands as trees within the area are used for traditional activities like canoe making. This willingness to engage with the government also extends to public-private partnerships.

“We have developed, together with the government, two cassava-processing plants … including one owned by two young women,” Sanford stated.

Additionally, each of the seven main Kalinagos communities focuses on specific economic activities. For instance, Bataca is fast becoming the main economic hub of the Kalinago territory, with plans for the development of shopping facilities, a bank, and a multipurpose resource centre.

When asked if the Kalinagos people were a sovereign nation, Sanford replied, “We as the Kalinago Council don’t really need to go to the central government to get things done for our people … [but] no, we are not independent from the state.”

Debate has continued over a number of years about the entitlements of the Maroons in Jamaica.

Constitutional expert Dr Lloyd Barnett believes that the sovereignty claims by Currie and other Maroon interests do not have strong grounds even if they are anchored in the 1739 treaty signed between indigenous fighters and the then colonial power, Britain.

Even Maroon rights prescribed for hunting and cultivation were regulated, said the attorney.

“All of these provisions of the agreement were guided by acts passed in the House of Assembly, which was the existing legislative body at the time,” Barnett told The Gleaner.

“Between 1739 and 1856, there were at least nine different statutes modifying or confirming various aspects of the agreement, which shows that this is an internal arrangement, not an international agreement.”