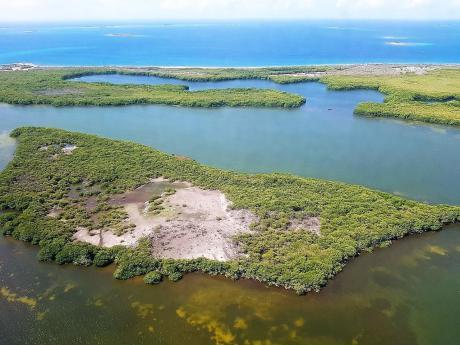 The organisation says that mangrove forests are one of the most productive and biologically diverse ecosystems on the planet and their conservation is a key natural adaptation strategy and mitigation measure in response to climate change - File photo.

The Jamaica Environment Trust (JET) says it is extremely concerned about the continued destruction of Jamaica's mangrove forests.

JET says it recently received reports alleging the removal of mangroves within the Palisadoes Port Royal Protected Area by a state agency in the absence of the required environmental permit.

The organisation says it also received reports of further removal of mangroves to facilitate the expansion of the town of Falmouth.

Mangrove forests are one of the most productive and biologically diverse ecosystems on the planet and their conservation is a key natural adaptation strategy and mitigation measure in response to climate change, providing protection against storms, JET emphasised.

It acknowledged that the Government has recognised the island's vulnerability to climate change as a Small Island Developing State and has stressed the importance of adaptation.

Noting that the Forestry Department plans to restore several of the island's mangrove ecosystems and intends to prepare a plan to manage these forests, JET believes that the agency is too slow to act, arguing that these plans may not be completed until next year.

While this is still being prepared mangroves continue to be destroyed, the organisation stressed.

“It is counterproductive that we are still allowing large areas of mangroves to be removed while at the same time planning to replant hectares of mangroves,” JET CEO, Dr Theresa Rodriguez Moodie, in a statement today.

“Even if replanting efforts are successful, it will be decades before ecosystem functions are restored.”

JET wants to see the preparation of the Mangrove Management Plan sped up by the Forestry Department and for National Environment and Planning Agency to stop granting permits for the removal of existing mangrove forests and focus on their protection and replanting in areas where they would be most beneficial.