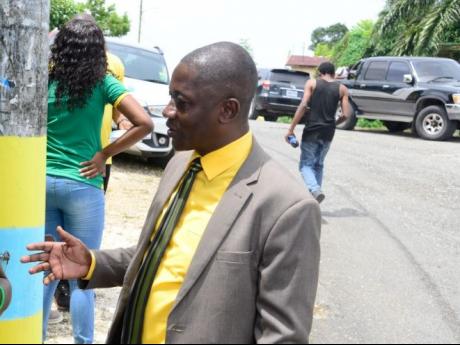 The squalid state of Spanish Town, St Catherine, with its streets strewn with garbage and stagnant water in uncleaned drains, has not escaped the scrutiny of local government representative Leroy Dunn.

The first-term councillor raised concerns about the eyesore with St Catherine Municipal Corporation Chairman Norman Scott during the monthly meeting on Thursday.

"I have heard from visitors and residents that Spanish Town is nasty," Dunn said."

“The streets are dirty and also the drains. What are you doing about it? The town needs to be given attention now. It's a disgrace on us!"

Dunn is the elected Jamaica Labour Party councillor for the Guy's Hill division.

Scott sought to assuage the councillor with assurances that he was making efforts to ease the problems, especially of garbage containment.

"I have placed garbage receptacles from the hospital gate all the way to the town centre," Scott, who is mayor of Spanish Town, said.

"They sweep and store the garbage at 6 a.m. and by 7 a.m., garbage is strewn about until the following morning, so that is part of the problem," Scott said.

"We have to work with what's available, as 10 years ago it was worse."

Improper disposal of commercial garbage has been identified as a major source of concern.