Kashara Reid hanging on by a thread 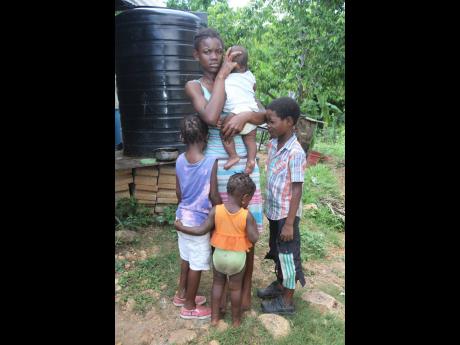 Nathaniel Stewart
Kashara Reid of Mungle Town, New Longville, Clarendon, is frustrated with the lack of support from the fathers of her four children. 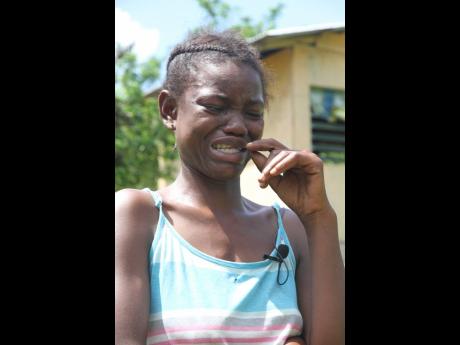 Nathaniel Stewart
Kashara Reid gets emotional when she sees how her children are suffering because their fathers refuse to support them.
1
2

Single mother of four, Kashara Reid broke down in tears in an interview with The Gleaner as she shared about the struggles of trying to make ends meet.

With children ages eight, six, two, and six months – all with different fathers, she said that the minute they discovered she was pregnant, the fathers disappeared.

Reid said that she works on a farm in the community, but the pay is not enough to meet their needs, and to make matters worse, sometimes for the entire fortnight she doesn’t work at all.

“I’m in a sticky situation raising the four of them by myself. I try to contact the fathers, but I’m only getting a little help now and again,” she said.

With two of her children doing online schooling, Reid told The Gleaner that the challenge of buying credit to ensure they keep up with their lessons, prevents them from attending classes consistently. Her daughter uses her phone and when she goes to work, she has to leave the phone behind. Her son’s tablet no longer works, so both children have to share the phone.

Reid revealed that the children have not been to classes in the past two weeks because she doesn’t have any money to put a data plan on the phone.

Describing her typical day, she said she leaves home about 6:30 a.m. for work, leaving the two younger children with someone whom she has to pay to take care of them. By noon, she rushes home to check on them and to help in whatever way she can.

With tears in her eyes, she said that is not the life she wanted for her children ... she had better hopes for them.

“The life I am giving them is the life I got when I was growing up, and that is not enough. I wish I could do more for my kids. I just can’t do all that I want,” she said.

Not wanting a handout, Reid said she used to do poultry farming to supplement her wage, but “owing to the situation”she has no stock now.

Reid, who lives in a one-room board house with her four children, said there is no bathroom or kitchen facility, so they all have to bathe outside, and she cooks outside, too.

Living on leased land, she said she cannot erect a permanent structure. However, if she had the money, she would add on to the house using plyboard.

Expressing the wish to get somewhere for herself, Reid said she would want a nice two-bedroom unit built with plyboard, so that she and the children could get a little bit of comfort. She expressed her deep frustration and the bouts of sadness she experiences at the situation.

Getting emotional, she said there are days when the food is not enough for them all to eat so she doesn’t partake, opting instead to lie to her children when they ask her if she had eaten by telling them yes.

“I just wish my kids’ fathers would step up and play a role in their lives. It’s not all about me, I just want a better life for my kids. Their fathers are out there ... they are strong. If they step up to help, it would make a big difference, because I know they can help me,” she said in-between tears.

The only thing that is keeping Reid going now is her strong belief in God that things will eventually work out. On the days when frustration threatens to overwhelm her, she said she prays and asks God for the strength to go on.

“At the end of the day, I just have to be strong because the kids need me,” she said.