The environment is unforgiving – Lyew-Ayee Jr 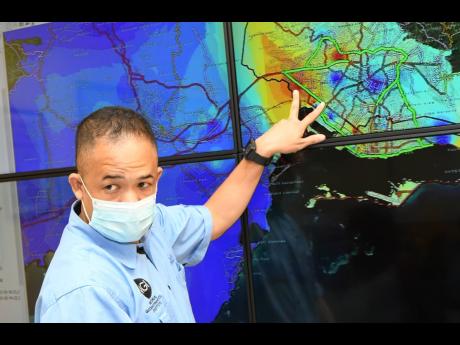 “THE ENVIRONMENT is unforgiving!” That’s the statement by Executive Director of the Mona GeoInfomatics Institute at The University of the West Indies, Mona, Dr Parris Lyew-Ayee Jr, regarding the suddenness, intensity and ferocity of natural hazards such as typhoons, tornadoes, hurricanes, sea level rise, drought, rainfall and other extreme weather events which often leave a path of death and destruction.

Jamaica got a recent reminder of just how serious the consequences can be when natural hazards came calling and people failed to appreciate the need to be wary of the weather.

Beryl Bryan, a 77-year-old resident of Drewsland, St Andrew, was washed away by floodwaters in the Sandy Gully, when she went in search of her goats during heavy rainfall.

Residents say over the years Bryan was accustomed to going out to secure her animals from the rain, as they would oftentimes wander into sections of the Sandy Gully located metres from her home.

About the same time, a video emerged of a motorcyclist, who, after stopping to assess the water, determined that it was safe to cross and drove off, only to be washed away. However, he was rescued, battered and bruised.

Since 1988 when Hurricane Gilbert devastated Jamaica, the country has been fortunate with a number of near misses, despite the increasing frequency of hurricanes.

“We’ve seen three earthquakes in our vicinity in the last over 10 years. Two to the right and one to the left. Well, add another one last year January, when people in Spanish Town running for the hills; but we’ve been lucky,” Dr Lyew-Ayee Jr told The Gleaner in a recent interview.

Even though there are regulatory standards which govern how buildings should be constructed in Jamaica, over the years, a lot of people have been building their homes on the banks of gullies, discharging their sewage and solid waste directly into these waterways.

Lyew-Ayee is convinced that one way to start addressing the haphazard construction is to make people aware of the many risks at which they are putting themselves and their families, but this should be done in a very responsible way.

“We have to be responsible in how that message is communicated because Jamaicans can be very excitable; so if we are able to show people the errors of their ways, and not freak them out in the process ... . Because an area is flood-prone does not mean that you can’t build there, but you need to know what to expect and how to build properly.”

He cited the case of Tokyo, the world’s largest city which is located under Mount Fuji, which is an active volcano, stating that there was a detailed understanding of the necessary engineering and geotechnical work that needed to be done.

For Lyew-Ayee, the issue of climate change, which affects people’s lives, livelihoods, properties and investments. is not about one thing or the other, even in the absence of policies to guide investment decisions.

“If I am a banker and I choose not to finance your risky development because there is a risk to me, that doesn’t require policy. It requires good sense and a dollars-and-cents approach; you have to think about these things. Sea level rise, drought, extreme weather events, storm, rainfall, all of these things are happening. And then on the other side, you now have this rampant development and clearing of hillsides and building these improbable services to create 10-storey buildings in places that have no business being 10 storeys high.”

With the population growing, striking the right balance between environmental sustainability and the needs of investors who are bent on building housing solutions is not going to be easy. It can be achieved but emotions must be taken out of the equation, according to the scientist. He argues that as the consumptive habits of people increase, they are going to seek investments to improve their standard of living.

Satisfying the needs of everyone will, however, require a combination of brave leadership and proper innovation, getting the input of local technocrats and scientists, as well as the institutional knowledge of people who have lived in these areas for a long time. So convenience cannot be the overriding issue, with no attention paid to the other integral factors.

“It cannot be about emotion in this age of information. We have to be able to balance these things out, but it’s a very real challenge,” he admitted.