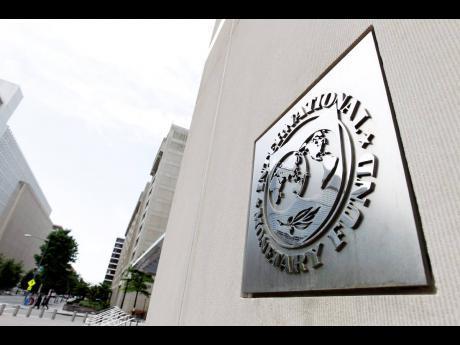 The IMF warned that while the economy is recovering, the coronavirus (COVID-19) pandemic poses a significant risk that could lead to more prolonged disruption of tourism, trade, and capital flow.

WASHINGTON, CMC – The International Monetary Fund (IMF) is predicting economic growth of more than eight per cent for Jamaica this financial year.

But, the IMF also warned that while the economy is recovering, the coronavirus (COVID-19) pandemic poses a significant risk that could lead to a more prolonged disruption of tourism, trade, and capital flow.

In a statement issued today following the conclusion of the 2021 Article IV Mission, the Washington-based financial institution noted that tourism has rebounded to near 70 per cent of pre-crisis levels, despite two COVID-19 waves this year, and other sectors have picked up as well.

It said real gross domestic product (GDP) in the second quarter of this year was 14.2 per cent higher than the same quarter a year earlier.

“But new COVID-19 waves in Jamaica or abroad could lead to a more prolonged disruption of tourism, trade, and capital flows,” the IMF said.

It said another risk is posed by the uncertain duration of global inflationary pressures.

“The sharp rise in world food and energy prices has helped boost year-on-year inflation to 8.2 per cent in September, well above the Central Bank's target range of 4-6 per cent. Natural disasters continue to be an ever-present risk.

“On the other hand, a faster pace of vaccinations at home and abatement of the pandemic in Jamaica's main tourism markets are upside risks.”

The IMF said that as the crisis recedes and the recovery advances, Jamaica should restart debt reduction and rebuild buffers, given high susceptibility to external shocks and risks to debt sustainability.

“Policies should also focus on boosting growth which has been low in the last decades, enhancing institutions, and tackling the still high levels of poverty and crime,” it added.

The IMF said in the decade preceding the pandemic Jamaica made good progress in restoring macroeconomic and financial stability.

It said aided by IMF financial support, the fiscal deficit was brought from 11 per cent of GDP in 2009 to a surplus; public debt fell from 142 per cent of GDP to 94 per cent, and inflation and the current account deficit declined.

“Jamaica institutionalised hard-won fiscal discipline through a fiscal responsibility law moved to inflation targeting, allowed for greater exchange rate flexibility, and strengthened oversight of the financial system. These reforms are continuing,” the IMF said, noting that the recent passage of amendments to the Bank of Jamaica Act and the passage of legislation to establish a Fiscal Council are two of the latest achievements of the government's ambitious reform programme.

It said that these improvements allowed Jamaica to implement a strong policy response when it was hit hard by the COVID-19 pandemic.

“An early lockdown in the spring of 2020 helped contain the number of COVID-19 cases but the impact on the economy was severe, with real GDP shrinking by 10 per cent. To counter the social and economic effects of the pandemic, the government suspended the fiscal rule for one year and temporarily reduced the primary balance target from 6.5 to 3.5 per cent of GDP, increased spending on health and social protection and reduced the GCT rate.

“At the same time, the central bank injected liquidity and encouraged banks to put in place loan moratoria to provide temporary support to the private sector,” the IMF said, adding that the availability of buffers built-up pre-crisis and the calibrated policy response to the crisis ensured that, unlike in the past, the pandemic related shock was not followed by a fiscal, financial, or balance of payments crisis.

The IMF said that the government's goal to reduce debt to 60 per cent of GDP by 2027/28 is appropriate.

“As a result of the crisis, public debt has increased to 109 per cent of GDP, and assurances that it will be brought down over time are important for investor confidence and preservation of macroeconomic stability.”