Time to get rid of the Westminster system – Phillips 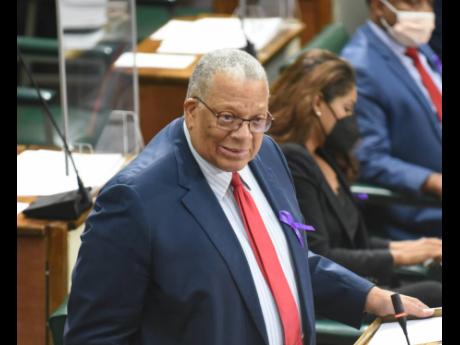 The time has come to get rid of the Westminster model of parliamentary system Jamaica inherited from the United Kingdom when it gained independence more than 59 years ago.

That recommendation has come from former leader of the People’s National Party, Dr Peter Phillips, while making his contribution to the State of the Constituency Debate on Tuesday.

“The version of Westminster parliamentary democracy that we inherited in 1962 has obviously been outgrown. Rather than adjusting it willy-nilly along the way, let’s make the effort now to seriously and collectively examine it and examine our needs as we go forward, determined to make the next 6o years provide a different outcome than the last 60 years has done for our people,” he told the House.

However, the parliamentarians who occupy the seats in Parliament are as much to blame for the failure to lift Jamaica’s standard of living much beyond what it was at the time of Independence, according to Phillips.

He said that the country’s political system has largely deteriorated to a welfare-oriented strategy of which politicians from both sides of the aisle are complicit and noted that the impact of the benefits channelled through the Constituency Development Fund are all generally of temporary effect.

“I think I can say without fear of any serious contradiction that ... the conditions of life of the average Jamaican have not been substantially improved because of the efforts of all, and we need to examine this.

“It can’t be really disputed because the fact of the matter is that, if you look at the per capita income figures in Jamaica, then the truth is, over the last 40 years, it hasn’t varied much. If you look at the education out-turn in number of children going through our schools, get five or more CSEC, including maths and English, again, over the past few decades it’s varied a percentage of two up but it hasn’t substantially transformed the lives of our citizens.

Phillips said the failure of Jamaica to grow economically and to substantially improve or transform the quality of life of our citizens is a grave indictment of all politicians and the political system.