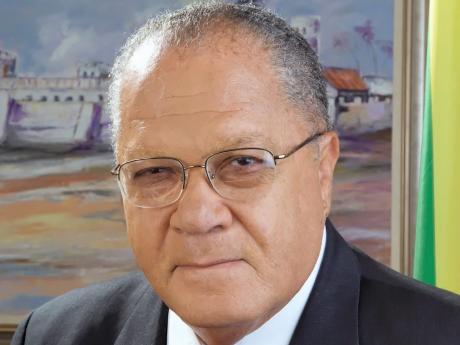 Foote earned the respect and adoration of his peers by breaking barriers and maintaining standards of excellence in his service to humanity. - Contributed photo.

Foote passed away today at his St Andrew home.

He had loomed large in diplomatic relations in Jamaica and the wider Caribbean, earning him several accolades.

He also earned the respect and adoration of his peers by breaking barriers and maintaining standards of excellence in his service to humanity.

AdMark played a significant role in the development of the ethical standards and principles that govern the advertising and marketing sector in Jamaica and the Caribbean today.

After four decades of contribution to Jamaica, Arnold was tapped by the Republic of Turkey in 1995 to be the country's Honorary Consul in Jamaica.

He was then elected by his fellow Consuls to lead the Consular Corps in Jamaica.

In a few months, the Jamaican Consular Corps had a new mission and participated in a meaningful way to the country's development and humanitarian projects.

In 2006, delegates from around the world elected Arnold Foote to lead the World Federation of Consuls (FICAC).

Foote released his biography The Making of a Global Visionary: Journey through Love, Faith, Injustice and Vindication.

For his work, Foote has received scores of awards including receiving the Order of Distinction, Commander in 1997 for his work in advertising and the promotion of trade and the Order of Jamaica in 2010 in recognition of service to Jamaica and internationally in the fields of advertising, sports and diplomacy.