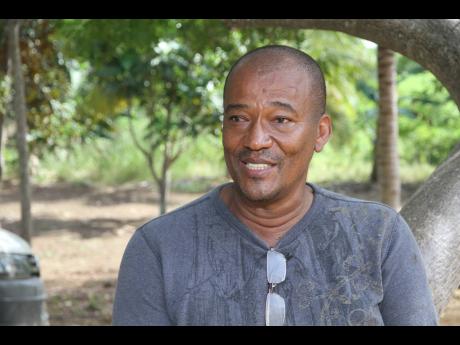 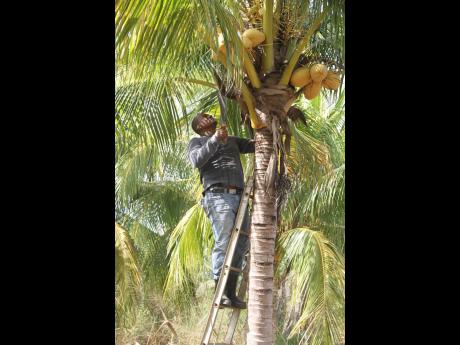 Nathaniel Stewart
Dr Richard Watson is surgical with his cutlass as he picks coconut on his farm. 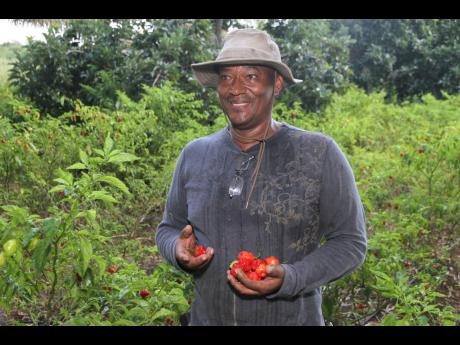 Dr Richard Watson is a fortunate man to be living and enjoying his three passions – being a doctor, farmer and cricketer.

On a tour of his 20-acre farm in Ebony Park, Breadnut Valley, Clarendon, he took The Gleaner on the journey of him getting to practice all three.

In 1985 when he tried for the National Youth Trials and failed to make the national team, after spending five years in high school as a member of the Headley Cup cricket team, he reflects that it might have been the catalyst for him to make the decision to pursue academic studies.

“I realised then that I could not be successful playing sports as an unemployed person because at the time you could not make a living from cricket, so I went away and studied medicine in Cuba,” he noted.

A general practitioner for the last 24 years, Watson found time to cultivate his other love – farming, which he did at several locations before leasing land from Agro-Investment Corporation, a government agency, eight years ago and started farming on a large scale.

As a member of the masters’ cricket team, he feeds his third love by taking part in cricket matches on weekends.

Sharing on surviving as a farmer and dealing with challenges such as climate change and marketing his products, while running his practice, Watson said being a member of the Ebony Park Agro Corporation 2016 Ltd. ensures he doesn’t have to spend time on marketing as they do most of it as a group, making it easier as they just package their goods and deliver them.

“I would not have the time to do all the deliveries, but I stay active on the farm,” he pointed out, adding that he goes there from 5 a.m., spends two hours, goes home and prepares to go to work by 8 a.m.

Watson said he mixes his farming to ensure he enjoys the best results. He plants coconuts, avocados, ackees and in the midst of those, he farms cash crops such as West Indian red peppers, escallion, among others.

Sharing on his passion for farming, Watson said the two feed his desire to ‘maintain life’ and he does not see himself loving one over the other, as they both fulfil a different need.

In spite of the many challenges and loss he has suffered as a result of the heavy rainfall that often gives him a headache, Watson said he would not give it up, emphasising that such a mindset is what those who are thinking of coming into farming should have.

“You could have a field and you are counting the potential profit from that field and within 24 hours of a good shower, you would have lost and have to pick up the pieces to start again. You have to be prepared to rally back after the setback,” he shared.

According to Watson, he applies the same strategy to farming as he does medicine, noting that he constantly reads and learns new things about the field he is in.

He said he reads as much about farming as he does medicine in order to keep up-to-date, as there are always new substances coming in that he has to learn about.

Watson also shared that being a doctor puts him in a position where he can be scientific in his approach to farming.

“A plant is just another living being and so a lot of the concept you would apply in taking care of a human can be applied to plants,” he pointed out.

And if there is one advice he wants to share is that those who employ workers should treat them well – as happy workers translate into a successful farm.

Watson, who dubs himself as a ‘country bwoy’ who was born in west Kingston and relocated with his family to settle in Orange River, is a past student of Clarendon College and is still an active member of the masters’ cricket team.