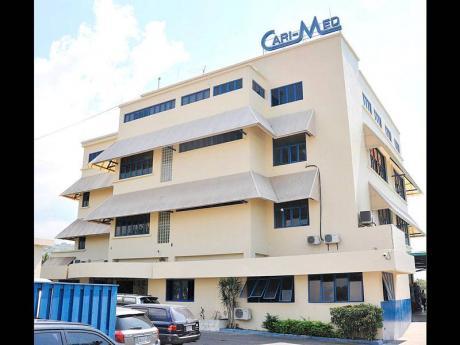 The Cari-Med workers, including a pregnant woman, had brought the claim.

The Supreme Court today dismissed an application brought by five Cari-Med workers who were seeking to mount a constitutional claim challenging the company’s mandatory COVID-19 policy.

However, the court ruled that the breach of contract claim brought by the workers may proceed.

It took effect in October.

The policy required that all employees present proof of their COVID vaccination.

The policy further stated that those who did not present vaccination proof would be required to present a negative test every two weeks at the workers’ expense.

The test must be done at a Health Ministry-approved laboratory.

On October 19, the workers filed a claim against Cari-Med and its subsidiary Kirk-FP Limited, (formerly Kirk Distributors) claiming a breach of their employment and violation of their constitutional rights.

They also sought an interim injunction in the matter.

The defendants then filed an application for the court to throw out the workers' constitutional claim.

Today, the court declined to make any determination involving issues of the constitution and struck out the claim.

However, the claim in relation to alleged breaches of contract will continue in the Supreme Court.

In a 106-page judgment, Justice Sonya Wint-Blair said it was for the claimants before resorting to seek redress under section 19 of the Charter of Rights and Freedom to consider the true nature of the right allegedly contravened.

They must also consider whether, having regard to all the circumstances of the case, some other procedure either under the Common Law or pursuant to statute might not more conveniently be invoked.

The court agreed with the defendants’ submission that there are constitutional issues to be adjudicated, dismissing the claim as an abuse of process.

The lawyers for the claimants applied for leave to appeal the judge's ruling but it was refused.

However, the claimants can apply directly to the Court  of Appeal for permission to appeal