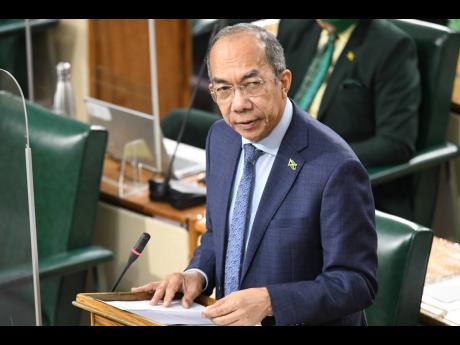 NATIONAL SECURITY Minister Dr Horace Chang says that the Government is willing to use the states of public emergency (SOEs) as a crime-solving tool, despite the fact the People’s National Party (PNP) has refused to support it.

Against the background of an upsurge in murders across the country, with official recordings of 37 murders up to Saturday, and since then over 20 murders that have been confirmed by the police, Chang says that a lot will depend on the residents of the country with regard to the SOE as a crime-fighting tool.

“A lot depends on the people. If the people defend it, we are willing to use it,” he said. “The PNP has taken a position that we should not. I find it’s one of the few tools that save lives quickly. And I find that a very pretty much irresponsible attitude by the PNP, there is no legal basis for it, and it’s purely political,” he stated.

When asked what new can the people of Jamaica expect with regard to crime fighting for 2022, Chang referred The Gleaner to the commissioner of police.

“We are going to provide the police with additional tools. But they have taken some steps, which I think it is best if you speak to the commissioner of police. You will get a better feel of the deployment they are doing and the strategic operations to ensure we impact on the murder rate immediately,” the security minister continued, adding that the police have taken some significant steps.

Admitting that he is aware that the people of Jamaica want strong action to stem the tide of murders taking place across the country, Chang expressed hope that the PNP will change its position on the matter of the SOEs, adding that the government will keep the dialogue going and do what it can to remedy the situation.

The security minister made the comments during an interview with The Gleaner, following a face-to-face meeting with residents of Westmoreland at The Manning’s School auditorium on Thursday night.