Trapped in the dark world of lottery scamming

• Major player struggling to break free of the illicit trade • Businesses, law enforcement lament battle to break the back of the crime syndicate 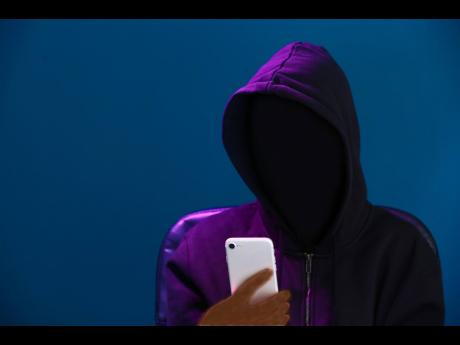 “There comes a time when it changes you. There is a darkness inside, and no matter how much you get, there is still an emptiness. Not even the money makes you happy. It’s like you are sentenced to life imprisonment because the more you get is the more you want, and if you don’t stop, you can end up dead or in prison, but you continue”: Lotto scammer. 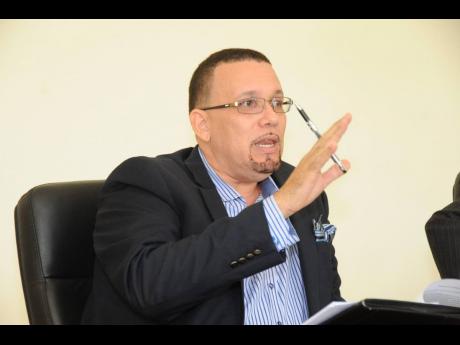 File
Davon Crump revealed that some BPO companies went as far as to staple the pockets of employees as one of several measures to prevent sensitive data on overseas-based clients from being stolen. 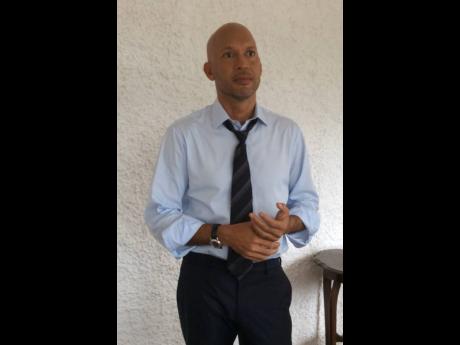 File
“We went so far as to install metal detectors to prevent the worker from entering the work space with any form of listening device. We also had a clear desk policy”: Patrick Casserly
1
2
3

After amassing significant wealth from defrauding unsuspecting North Americans for over a decade, Candice* is desirous of ending her involvement in lottery scamming, but the lure of quick money has kept her trapped in the fast lane.

Candice was introduced to the game by her brother during her final year in high school.

She had seen his life change overnight, from living in a one-bedroom board structure in their sugar-dependent community to owning his own home in a gated community in the neighbouring parish, without having a job.

“I left school because while it could prepare me for the future, I needed a way out now,” she told The Sunday Gleaner. “My now situation was hunger, discrimination, and the many distractions that come with living in the garrison.”

The lottery scam, or advance-fee fraud, is estimated to illegally rake in over $300 million to the Jamaican economy annually - and has been a source of embarrassment for successive governments - and continues to be the main driver of commerce in townships like Candice’s home community.

Unlike other crimes in which residents cooperate with the police in their fight against criminality, many neighbourhoods see the lottery scam as the answer to their harsh economic situation and encourage it.

Targeting mainly the elderly or those with disposable income, particularly in the United States, the scammers telephone their victims and inform them that they have won a drawing or lottery along with other major prizes, but the cash or prizes will not be released without upfront payment of fees or taxes.

They then constantly pressure the victims to send more funds until all their resources are depleted.

“Most of the youths chop the line (make calls). It is the way of life for my community, but they waste their money flossing, and showing off. My focus was about making my life and that of my family better,” Candice said, likening her struggle to walk away from the illicit trade to an ex-convict trying to reintegrate into society.

“But there comes a time when it changes you. There is a darkness inside, and no matter how much you get, there is still an emptiness. Not even the money makes you happy,” she shared.

“It’s like you are sentenced to life imprisonment because the more you get is the more you want, and if you don’t stop, you can end up dead or in prison, but you continue.”

She netted $90,000 in the first three days of joining the illegal trade, and by the second week, she had collected nearly $500,000. Since then she has purchased her home and invested in several money-making ventures while staying under the radar.

But a top lottery scam investigator told The Sunday Gleaner that call centres have been the “number one” feeder of information for the get-rich-quick scheme.

“Sometimes they have girlfriends, family members, and friends working in these call centres, and they entice them to supply them with confidential data,” the investigator said, declining to be identified because of the sensitive nature of the investigation.

Through personal links, the scammers can get the information free of cost, but in most instances, they pay “an exorbitant” amount depending on how many names are on the list they are purchasing, the lottery scam task force member said.

Businessman Patrick Casserly, a pioneer in the local outsourcing sector, said that over the years, several stringent strategies have been implemented in the burgeoning BPO industry to prevent confidential information from being compromised.

“We went so far as to install metal detectors to prevent the worker from entering the work space with any form of listening device. We also had a clear desk policy,” Casserly, founder of ACS E-Services International, which was sold to Xerox in 2012, told The Sunday Gleaner.

“We were also the first company to prosecute for breaches, including a female employee who was sentenced to three months’ imprisonment, but the attempts were not widespread.”

In 2013, the Business Process Industry Association of Jamaica (BPIAJ), which represents call centre operators, was forced on the defensive after outspoken BPO operator Davon Crump revealed that some companies went as far as to staple the pockets of employees as one of several measures to prevent sensitive data on overseas-based clients from being stolen.

“To be honest with you, I have seen it,” Crump, the CEO of Global Outsourcing Solutions Limited, said at a conference on cyber security in Kingston back then. “It is done in some of the call centres throughout Jamaica, and more people are doing it because they see that things do get past them.”

“Quite frankly, it’s done across the board, and it’s for various reasons. We want to ensure that there are no telephones or other devices in their [employees] pockets,” he explained. “We have to take all necessary precautions to ensure that our data and our clients’ data are not compromised in any way.”

Casserly, who was appointed special ambassador for information and communication technologies (ICT) under the Bruce Golding administration in 2011, is now expressing concern that the current work-from-home (WFH) regime, established to mitigate the spread of COVID-19, puts the sector in a vulnerable position.

Biradar, who has a staff complement of approximately 5,500 agents, said vulnerabilities exist in WFH across industries globally, but he is confident that technology and processes are able to safeguard against unauthorised access.

“There are multiple solutions already in place that completely eliminate the possibility of sharing identity information,” said Biradar, who has over 2,400 employees working from home. “If a BPO or its clients have not put measures in place, then vulnerabilities will exist, but a vast majority of global BPOs have all the necessary measures in place to protect their business.”

The hospitality industry has also implemented protocols to safeguard confidential information on clientele, including the introduction of a data-protection manual. There are also international best practices to which hotels must adhere.

“Any information stored can only be accessed by the auditor or accounts department for future reference, such as a dispute over a credit card expenditure,” a leading player in the tourism industry, who requested anonymity, explained.

“Hoteliers have had incidents of fraud being perpetrated by someone trying to use someone else’s credit card on the property,” said the experienced hotelier. “But I cannot recall any such incident where data information is captured and used outside any hotel property in recent years.”

The illicit lottery scam came to public attention in 2006 after young men in Granville, St James, started raking in big bucks by convincing mostly elderly Americans that they had won a lottery but had to pay a processing fee to have the prize money released.

Within months, persons in other communities had caught on to the scheme, and before long, several young men throughout St James, Westmoreland, and Hanover, without any legitimate source of income, were lighting up the social circuit, driving high-end vehicles and building mansions.

As the number of players increased in the lotto scam trade, communities throughout the western region were transformed into killing fields as competition for loot turned to deadly rivalry, involving the notorious Stone Crusher gang, which demanded a percentage from each scammer or certain death, which has made the west the most murderous region over the past 15 years.

Eighty per cent of the murders and shootings in the Westmoreland police division are related to the lottery scam, the constabulary hA revealed.

These incidents stem from persons extorting scammers or accomplices in disagreement over how proceeds of the crime should be shared. Proceeds were also used to purchase guns or bribe public officials, law enforcement noted.

Special anti-gang task force and anti-lottery scamming units, such as Jamaican Operations Linked to Telemarketing, which is made up of Jamaican and US law enforcement, are given islandwide jurisdiction. With support from other international partners, investigations have led to a flurry of arrests and extraditions over the years, but police sources say the lack of support from the nation’s legislators is making a mockery of the anti-crime efforts.

“We will arrest an individual who has lotto scam paraphernalia in his possession, place him before the court, he pays a fancy attorney, gets a $50,000 fine and then he is back on the road doing the same thing, but then you hear that the police are doing nothing,” a seasoned crime fighter with more than 30 years’ experience lamented.

“We have police, teachers, politicians, and even doctors who are scamming. The current law was hastily established, but it is just another basket given to carry water, so there is very little that the police can do about lotto scamming.”