May 16 trial for businessman Michael Issa 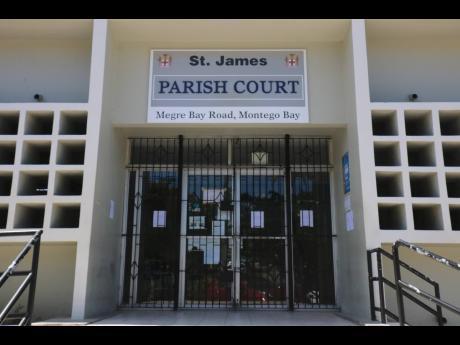 The trial did not start in the St James Parish Court this morning as the prosecution indicated that it needed more time to hand over an outstanding witness statement. - File photo

The trial of businessman Michael Issa, who is charged with resisting arrest and indecent language, has been pushed back to May 16.

The trial did not start in the St James Parish Court this morning as the prosecution indicated that it needed more time to hand over an outstanding witness statement.

As a result, a new trial date was set and his bail extended.

Issa is being represented by attorneys Michael Hemmings and Gordon Brown.

During today's proceedings, Hemmings argued that the charges currently against Issa ought not to stand in the absence of his previous charge of negligent loss of firearm, which the court dismissed by way of a no-evidence ruling on March 17.

However, parish judge Kaysha Grant  countered saying Issa's current charges do not need a parent charge in order for him to be tried.

Issa was arrested and charged with negligent loss of firearm, resisting arrest, and indecent language on the night of January 13, hours after his stepson Gabriel King was murdered.

It is understood that the loss of the firearm was not connected to the death of the child, who was autistic.

The mother was reportedly manoeuvring around potholes when men approached her vehicle, slapped her in the face, and dragged her from the car before driving off with young King in the back seat.

The vehicle was later found abandoned off the Fairfield main road with the child's body lying on the back seat of the car with the throat slashed.