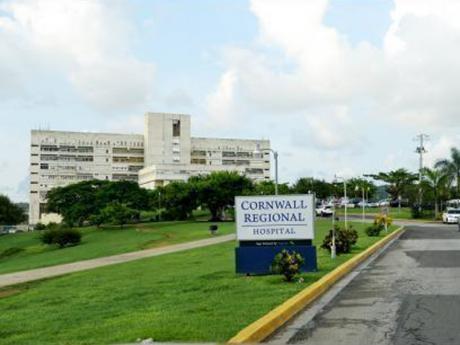 The police were called to the Cornwall Regional Hospital in St James this morning after several men turned up to demand the release of a male patient.

It is reported that approximately 15 persons converged on the Accident and Emergency unit demanding the release of 25-year-old Tyrone Broomfield, a resident of Mafoota in Mt. Horeb in the parish.

His family and friends state that he was not suffering from a medical condition but was rather infected by demons.

While trying to remove him, hospital security denied them access.

The police were summoned and the patient was released to his mother.

Hospital personnel and the police say there were no injuries.

The police say no guns were brandished during the incident and refuted claims that there was a standoff.

Meanwhile, senior medical officer at the Cornwall Regional Hospital, Dr Derek Harvey said too that there is no record of guns being drawn during the impasse.

Harvey also refuted reports that the nursing staff walked off the job over to the incident, but he admitted that the team was shaken up.

“Word on the street is that gunmen were here, but from speaking to the staff who were there, there is no report of anyone pulling a weapon on anyone there,” he told The Gleaner.