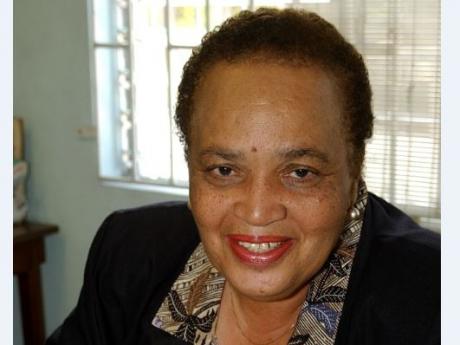 Here are some of the tributes:

I am deeply saddened by the passing of veteran broadcaster, journalist, & playwright, Barbara Gloudon. I grew up listening to Barbara Gloudon on the radio. She was known for her no-nonsense analysis and commentary. Barbara Gloudon was also chair of the Little Theatre Movement. She wrote the Little Theatre Movement's annual, Pantomime for decades. In 1992, Barbara was awarded with the Order of Jamaica. In 2012, she became a fellow of the Institute of Jamaica and in 2013 she was inducted into the Press Association of Jamaica's Hall of Fame. I extend heartfelt condolences to her family and friends. May her soul Rest In Peace and light perpetually shine upon her.

Leader of the Opposition Mark Golding

Heartfelt condolences to the family/friends of Barbara Gloudon. A voice of compassion for most of our lives, she won a place in our hearts with her common sense & balanced reasoning. We have lost an iconic journalist, a mentor for many and an example for all. RIP, Ms Gloudon.

Barbara Gloudon was in a special class, distinguished by the varied contributions she made to national life. A woman of many talents. A giant has passed. Barbara Gloudon was awesome. Truly a phenomenal Jamaican woman. She was a person of strength and extraordinary talent. Her passing will leave a vacuum but her body of work in Theatre, the Arts and in Journalism will serve to guide generations yet unborn.

“Mrs. G was not only a stalwart in our industry and an icon among us, but she was also a friend. She was generous with her knowledge and always had suggestions on various areas of how to make what we do in media and our Group better. We will miss her, but we also have so much for which we will honour her,” said Chief Executive Officer of RJRGLEANER, Gary Allen.

The Press Association of Jamaica is deeply saddened by the passing of veteran broadcaster and journalist Barbara Gloudon, a defining voice in Jamaican media for over a generation. "An entire country grew up listening to Miss G inform, educate and entertain listeners with her trademark sharp wit and depth of knowledge,” said PAJ President George Davis. “She was inspirational, ferocious and dignified in her approach to media, qualities her thousands of readers and listeners appreciated.”

Life of the party, voice of reason, repository of history, vivid storyteller, teacher, wry 'witicist', matriarch of theatre, one third of the Gordon Town trio, Louise, Lois & Babs. A verandah brunch party is sure to welcome you! Sleep in peace. Ms G. Aunt Babs.

Naomi Francis, Press Secretary at the Office of the Prime Minister

My condolences to the media and theatre fraternities on the passing of a giant Hon. Barbara Gloudon, OJ. Miss G has been a staple in Jamaican media and theatre for more than half a century. Hotline, pantomime etc. She has left a legacy...to her daughter, sister and wider family

I learnt a short while ago of the passing of former host of the Hotline, Barbara Gloudon. I receive the news of Mrs G passing with great sadness. I took over from Ms G on Hotline in 2015-all the time knowing she could never be replaced. She has made an indelible mark

The Broadcasting Commission is deeply saddened to learn of the passing of veteran broadcaster, journalist and playwright Barbara Gloudon. The commission extends heartfelt condolences to her family and colleagues.

The National Chorale of Jamaica

She was the music of our manuscripts. She was the veritable drama of the authentic script of life. She embodied the pantomime of our earthly existence which defined and re-defined our culture and contoured, indelibly and with integrity, our history, present and future in the performing arts. The Anglican faith has lost a committed daughter who made us "think on these things" in a deeper context that made lessons of humanity spiritual commands.