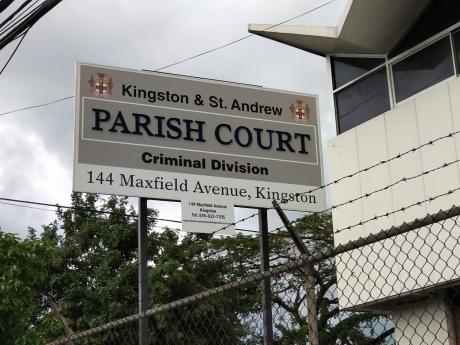 Former police corporal Kirk Haye, who was found guilty of shooting a then 13-year-old schoolgirl in the head in a taxi in downtown Kingston, has escaped prison time.

Following almost four hours of impassioned plea from his attorney Peter Champagnie QC, the 42-year-old, who was convicted of unlawful wounding, was on Thursday sentenced to two years in prison, which was suspended for two years pending good behavior for the period.

The suspended sentence means that if he is not convicted of any offence within the next two years, then he will not have to serve the two years' imprisonment.

Sentencing was handed down in the Kingston and St Andrew Parish Court by Parish Judge Sanchia Burrel.

Haye was found guilty on February 10 following a trial.

A probe by the Independent Commission of Investigations (INDECOM) revealed that on June 30, 2016, the driver of a taxi which was transporting Convent of Mercy Academy (Alpha) and St George's College students was stopped by the police but drove away after briefly complying.

The police then fired at the vehicle and one of the bullets hit the female student in the head.

After being hospitalised for an extended period and with physiotherapy, the schoolgirl recovered.

Haye, who at the time was assigned to the now-disbanded Mobile Reserve Unit, was subsequently charged with unlawful wounding while four of his colleagues were charged with misconduct in a public office and attempting to pervert the course of justice.

The four were acquitted.

During his trial, Haye had denied being a part of any police shooting.

But, ballistic evidence presented by INDECOM prosecutors proved that it was his weapon that was used in the shooting.

During sentencing yesterday, Champagnie begged the judge to take into account a number of positive factors including Haye’s sterling contribution of 18 years to the police force.

He highlighted that Haye had been responsible for the recovery of a number of illegal firearms and was bestowed with 10 glowing commendations for his efforts.