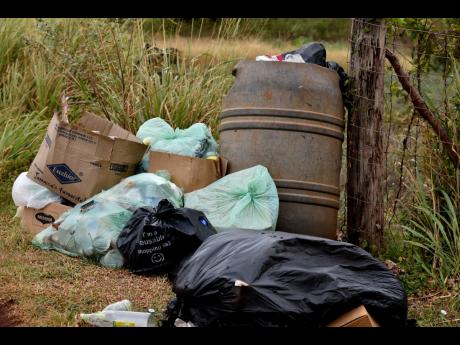 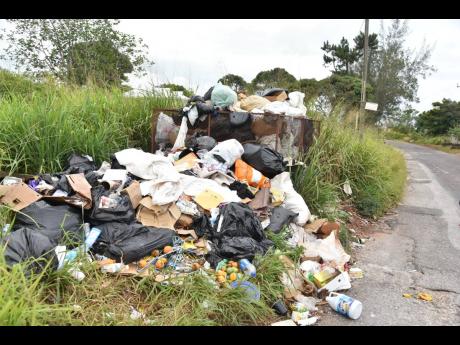 Kenyon Hemans
The unsightly appearance of uncollected garbage along the main road from Junction to Treasure Beach in St Elizabeth. 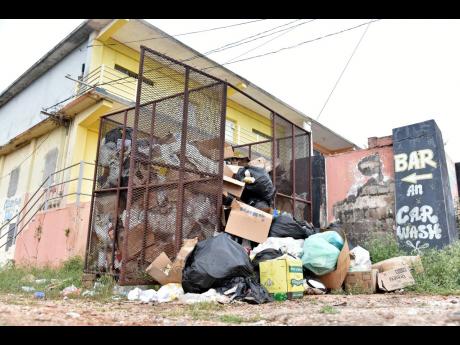 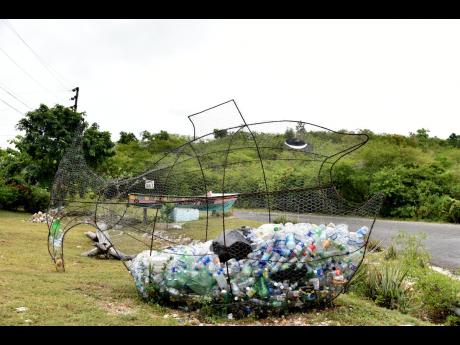 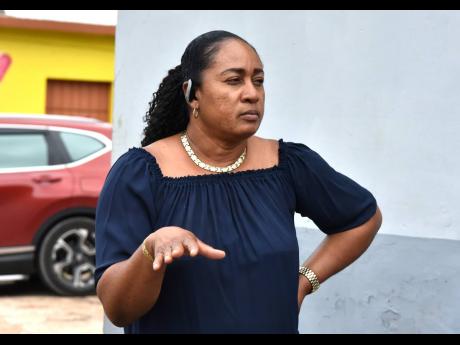 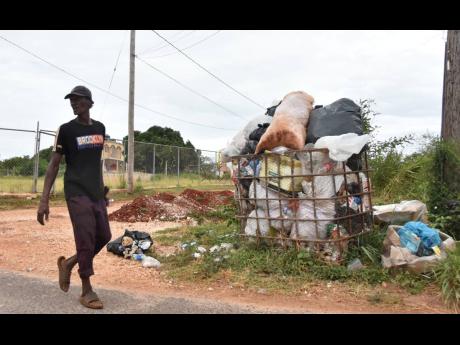 Kenyon Hemans
A resident walks past an overflowing garbage skip along the Junction to Treasure Beach main road. 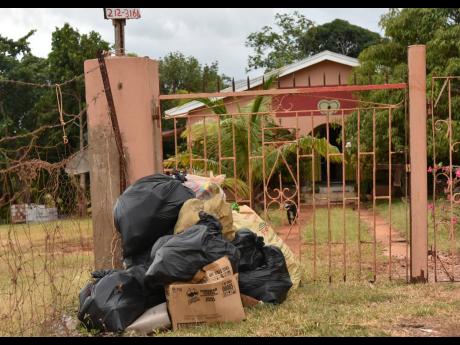 Kenyon Hemans
Garbage pile-up in front of a residence in Junction. 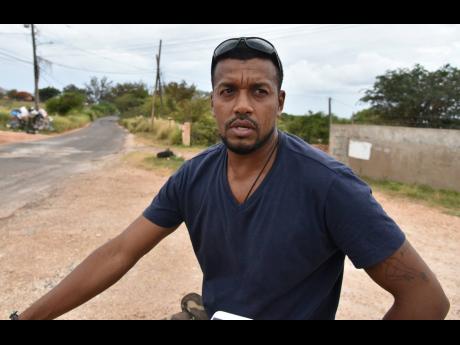 The country’s ‘breadbasket’ parish of St Elizabeth is looking more like a waste basket these days as huge heaps of garbage bags are strewn along the streetsides from Junction, Top Hill and Southfield to Pedro Plains and Treasure Beach.

Residents say the waste pile-up is the result of a long-standing, inconsistent garbage-collection problem affecting the parish.

“It really bad because one, it don’t look good,” frustrated farmer Dawn Ebanks told The Gleaner. “The way how the garbage look, sometimes, if you a direct somebody to buy something from you, you say, ‘Right where the whole heap a garbage deh’. Can you imagine? That means you know the garbage nah move so you can direct them off the garbage to where you live.”

But the issue supersedes the aesthetics as the Pedro Plains resident said the waste hubs foster rodents, which directly impacts fellow farmers.

“You will have rats and all kinds of something and a dem yah same rats will go pon the farm and tek out the seeds weh you plant,” the resident shared. “It’s a disgrace, and everyone a di skip dem weh you pass a suh dem stay and the dog tek dem out and pull dem out and everything just deh all over the road.”

Another Pedro Plains resident, who goes by the name Rhody, concurred: “You have rats climbing on the wires going into your house, so we have to buy a lot of rat baits so it’s a big problem and it’s garbage so it’s smelly. When the wind blows, it messes up the place and when the rain falls and it settles in the garbage, we get mosquitoes from that also.”

Bar owner Patrena Parchment, who has been living in Junction for over 30 years, shared with great disdain that she, like many other residents, has been holding back garbage due to the insurmountable loads accumulated over the weeks.

“That’s just how the system is right now. Lately, we’ve been having this garbage problem. It used to be collected twice per week and all of a sudden, it stop. We had this issue a couple months and now it’s back again.”

They have tried taking matters into their own hands by contacting the garbage collection agency. However, Parchment said it was only after neighbours took the issue to Facebook that the garbage truck made an appearance. It was unfortunately short-lived, leading those affected by the health hazard back to square one.

Alex, a resident of Top Hill, echoed these sentiments, sharing that his morning routine now includes cleaning up used sanitary napkins and diapers from his business place which is adjacent to an overflowing garbage heap.

“Especially when dem keep party roun’ here, is down here dem come dump dem garbage, bare black bag,” he said. “Me wudda love if dem could move it because a two-year lease me have and me ago lease it back again.”

Speculation was rife that the cause for the recurring issue in St Elizabeth is the rerouting of garbage collection trucks to Clarendon, while other residents pointed to an insufficient number of garbage trucks.

Attempts to reach regional operations manager of SPM Waste Management Limited, Edward Muir, were unsuccessful. His secretary, Nordia Western, however, promised that the garbage would be collected on Friday. A resident reported that the garbage truck came to collect the waste shortly after the news team left the scene on Thursday evening.

According to the executive director of the National Solid Waste Management Agency (NSWMA), Audley Gordon, the insufficient supply of trucks is due in part to a lack of resources over the years. Improvement was set to take effect in 2019, but the global pandemic has had a significant impact.

“In the budget speech just before COVID-19, Dr Nigel Clarke announced the approval of 100 new garbage trucks for the agency. Then came the pandemic a few weeks later, and that had to be deferred. Government priority shifted, obviously and understandably, to fighting the disease,” he explained.

He expressed understanding of the frustration expressed by residents. “The people of Jamaica deserve to have their garbage taken up. We are the authority and we should have an adequate amount of trucks. We should be able to pick up your garbage twice weekly and provide you with quality service. We are trying, but it is very difficult. What you saw in St Elizabeth is a manifestation of the truck crisis. Unfortunately, it’s not just St Elizabeth,” Gordon said.

While he could offer no quick fixes, he encouraged citizens to play their part in making Jamaica a cleaner place. “In the areas that we have non-containerisation of garbage, we ask that people try to containerise their garbage. That will prevent garbage from washing into the gullies and drains, clogging them, that will cause flooding when it rains and the loss of lives and damage to property,” he said, adding, “It helps us to move quicker when we arrive. So, we don’t have to be cleaning and raking up.”

Gordon also asked that the public consider composting their garbage, since 60 to 70 per cent of the garbage transported by the truck is compostable. Additionally, he recommended separating the waste for recycling purposes. “If we can work together to reduce the garbage, we will have less use for trucks. Jamaica’s beauty must be our collective duty.”

The Government has committed 50 new trucks, which should arrive before or in time for the Christmas rush. “The 50 trucks won’t solve the problem, but it will help significantly,” the NSWMA head said. He said an additional 50 trucks should be procured by next year.