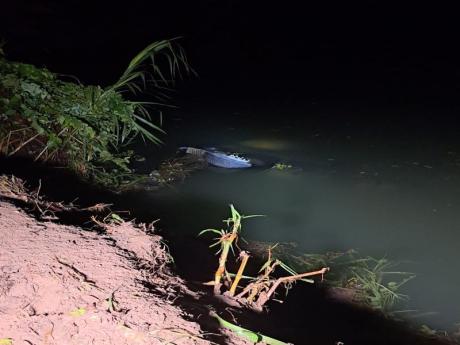 Gordon said the truck was on its way to Linstead in St Catherine for night collection when the incident happened. -Ruddy Matthison photo

A government-owned garbage truck with five workers aboard plunged into the Rio Cobre near the Flat Bridge in St Catherine this evening.

However, with the help of community divers, the workers were able to free themselves and swim to safety.

The workers are employed to Metropolitan Parks and Markets, a subsidiary of the NSWMA.

Gordon said the truck was travelling in the Bog Walk Gorge on its way to Linstead in St Catherine for night collection when the incident happened.

He said the driver of the truck swerved to avoid colliding with another vehicle.

However, the garbage compactor reportedly developed a skid and crashed into a wall before going over a precipice and plunging into the river.