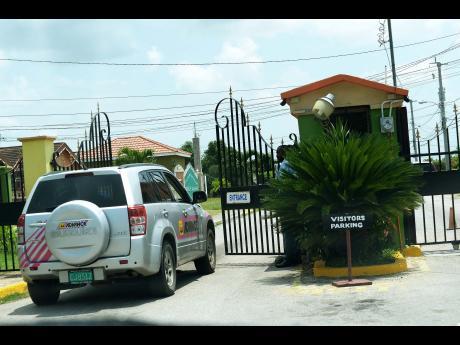 There is a renewed call for the Government to move with urgency to establish legislation to govern gated communities, as some residents say the absence continues to cause headaches for property owners.

Several promises by the government over the years to address the issue have gone unfulfilled.

Speaking on the matter in September 2017, Prime Minister Andrew Holness promised that the government was moving ahead to protect property values in gated communities.

“We are developing the gated community legislation which will be similar to the Act governing strata corporations,” said Hotness while he addressed owners of the Berkshire Court housing development in Spanish Town, St Catherine.

At the time, he indicated that the law would empower corporations to enforce payment of maintenance fees and prevent persons from doing things that were not in accordance with the purchase agreement, among other things.

The lack of movement on the issue has left many owners in gated communities despondent.

Among them is Martin Brown, a pensioner who has been living in a gated community for seven years.

Brown says he wants to see the law passed speedily so that the executive body in his community can have the power to go to court for homeowners who commit breaches of the restrictive covenant, non-payment of maintenance fees, and those who engage in activities that run contrary to the rules.

“Some homeowners even use the properties for commercial purposes such as airbnbs and bars which cause great discomfort to other residents,” complained Brown.

“Whether there should be the passage of legislation governing the management of gated communities is impatient of debate,” stated Queen's Counsel Peter Champagnie.

“The fact is that there has been a proliferation of such communities within the Corporate Area and beyond which, by their nature, are not governed by the strata laws. Issues have in fact arisen within such gated communities between neighbours resulting in costly litigation,” Champagnie said.

He is contending that litigation could be avoided if such communities had the requisite legislation with a comparative strata commission designed to resolve conflicts.

“Until legislation is passed, prospective purchasers need to be very discerning in their choices, ensuring that cohabitation within such communities is possible,” Champagnie advised.

He pointed out that at this point there was just reliance on an understanding between owners to pay for maintenance or some other agreement between owners, which he said is not as effective.

“What is needed is legislation similar to what exists for strata owners to ensure full compliance,” Foster added.

For his part, attorney-at-law Courtney Williams says it is now glaring that urgent blueprint legislation is needed to regulate how gated communities function.

“This is the last piece of legislation required to streamline the entire real estate sector in Jamaica,” Williams asserted.

“The examples of the many problems faced by the homeowners in gated communities are myriad and well-known. The expectation that every single homeowner will be honourable and do the right thing to enhance or maintain the quality of the community and shared spaces is a disappointing pipe dream."

Williams argued that now is the time for action.

“It is at this stage that the Government of the day should intervene to bridge this yawning gap in our legislative landscape. The time has never been more apposite for the introduction and passing of this new piece of legislation,” he stressed.