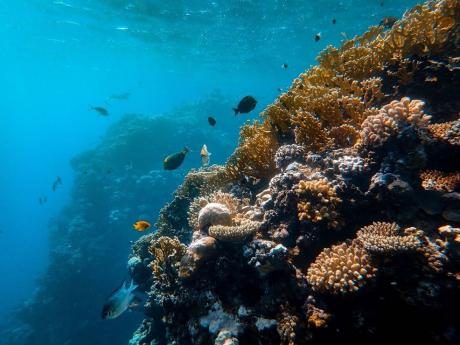 The lobby group notes that the deep sea is the largest ecosystem on the planet, making up 90% of the marine environment, emphasising that life there is stable, slow growing and extremely fragile. -Contributed photo.

The Jamaica Environment Trust (JET) is calling for a moratorium on deep sea mining.

The call comes against the background of the International Seabed Authority hosting its 27th Session in Jamaica.

JET notes that delegates from around the world are currently meeting to discuss the fate of the seafloor following the trigger pulled by Nauru on the “two-year rule” to begin deep sea mining by mid-2023.

The lobby group notes that the deep sea is the largest ecosystem on the planet, making up 90% of the marine environment, emphasising that life there is stable, slow growing and extremely fragile.

Further, it underscores that the deep sea is already under stress from pollutants, microplastics and climate related impacts and mining, therefore, threatens the future of mankind.

“The world is already in the midst of a climate crisis and a health crisis and countries are struggling to cope with the impacts of both while every day new challenges emerge. We do not need to further amplify the problems,” said JET's chief executive officer, Dr Theresa Rodriquez-Moodie, in a statement today.

“Too much is still unknown about the impacts of deep sea mining, and what is known about the deep sea should be enough for us to exercise extreme caution before exploiting and possibly permanently damaging it,” Rodriquez-Moodie continued.

She noted that in 2019, the government entered the Deep Sea Mining industry by sponsoring Blue Minerals Jamaica Limited, joining 20 other countries which were seeking to enter this new extractive industry.

At the time, she said the organisation used the Access to Information Act to request a copy of the agreement with Blue Minerals but it was denied.

Rodriquez-Moodie stated that while JET understands the constraints of binding contracts, it wants the government to make the conditions of the agreement public, which she said is in line with its frequently stated commitments to transparency.

“Pacific nations of Palau, Fiji, Samoa, and Micronesia, and several businesses and financial institutions around the world support a moratorium on deep sea mining. JET therefore urges the Jamaican Government to join in this call, as a leader in the Caribbean and as a small island developing state already trying to cope with the impacts of the climate crisis to protect this vital and virtually unstudied ecosystem.”