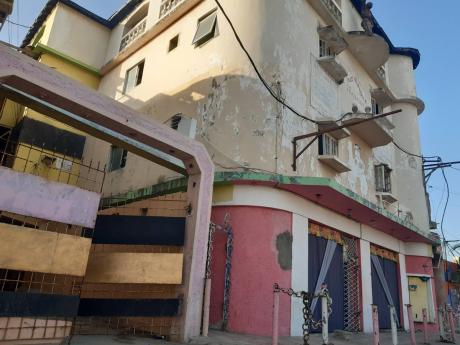 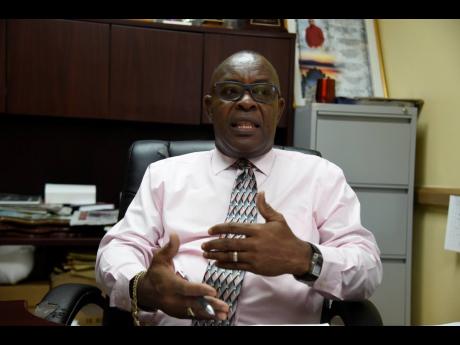 It has been condemned and cauterised by the authorities multiple times, and on every occasion, unscrupulous persons have ripped open the ‘no-entry’ tapes, and made the abandoned premises theirs for business and pleasure. It is the abandoned Inez...

It has been condemned and cauterised by the authorities multiple times, and on every occasion, unscrupulous persons have ripped open the ‘no-entry’ tapes, and made the abandoned premises theirs for business and pleasure.

It is the abandoned Inez Bogues Museum building on Portmore’s Port Henderson Road, more popularly called ‘Back Road’ – a long-standing multistorey hub for prostitutes and their clients, who use its many rooms to string their unlawful deeds.

It is a building tainted with murders as ugly as its cracked walks and decrepit stairways and crevices. One, which to this day, for $2,000 a stint, still pulls prostitutes and their clients inwards, leaving a trail of used condoms, bloodstains, urine and other bodily fluids.

Friday’s killing of Tevaughn Taylor, who occupied a room in the abandoned building, brought the problem to the fore once again.

The run-down building is more than an eyesore, agreed Portmore Mayor Leon Thomas; it is a health and safety risk. But it is one that will require a heavy budget to demolish – especially as there are three other such premises in the area earmarked for destruction.

“The building was closed by public health and the police were very integral at the time,” Thomas told The Sunday Gleaner. “Since then, the Portmore Municipal Corporation has been trying to get the JDF (Jamaica Defence Force) to assist with demolition. We have written to them several times asking for support. Promises were made, but up to now, nothing has happened.”

Hiring a private contractor to carry out the work is out of the question, Thomas added.

“We simply don’t have the money. As you can see, it is a large building, and it is going to cost a tidy sum to pull down and clean up,” he said.

Nevertheless, the mayor said demolishing this and other buildings is still on the agenda. He promised a meeting with stakeholders along Port Henderson Road next month as part of efforts to upgrade the popular stretch.

Yesterday, the JDF told The Sunday Gleaner that it could not carry out a request of that nature, as that type of intervention was not within its remit.

Meanwhile, a representative from one construction company in Kingston itemised the cost of demolishing such a building, which can run into millions of dollars. The real problem, he said, is in moving the debris.

“The cost is only going to come from the prevailing situation you are dealing with, and the types of equipment you are going to need,” said the contractor, who asked not to be named for the story. “It also depends on how sturdy the building is and how many floors.”

“If it is just to topple over the walls, you may need an excavator for about a one or two days’ rental. That can cost you about half a million dollars a day. Another thing is mobilising these heavy equipment to the location. Most times you need a flatbed, and that can run you up to $200,000,” he continued.

“The real expense, however, is to remove the debris. You are going to need trucks and maybe a front-end loader, and that is a whole heap of debris. So you are looking at $50,000 to $60,000 a trip, depending on where you are depositing the debris, and you are also going to rent the front-end loaders, which is another $12,000 per day.”

Until then, however, these Back Road buildings remain hubs for criminal activities, and targets not only for police in St Catherine South, but also for sleuths probing crimes committed in other police divisions, such as St Catherine North, including Spanish Town.

While the police comb, prostitutes along the popular stretch are clutched in the chokehold of rival gangsters, who demand sex and sometimes ambush and rob paying patrons, much to their dismay.

The latest blow to their business came last Friday with the fatal shooting of Taylor. The police claimed Taylor shot at a patrol team about 6 a.m. and they returned the fire. Police said he died at hospital and a revolver was taken from him.

Hours before, sex workers claimed a male customer was beaten up and robbed not far from the establishment by hoodlums.

Inside Taylor’s captured room located on the second floor of the Inez Bogues Museum building, there was a bloodstained mattress, and trails of blood leading down the stairs to the entrance of the premises.

Police say Taylor was the son of an incarcerated don from the Newland area in Portmore.

“I can’t believe this is happening on Friday morning. Honestly! I have my rent to pay and now this happened. When these things happen at Back Road, nobody is going to come around here,” said one self-proclaimed prostitute, noting that she had arrived in Kingston from a western parish a week ago.

At nearby premises, other prostitutes, who had awakened to the police vehicle outside the infamous makeshift brothel, bemoaned Taylor’s death.

Taylor and his crew, they said, would charge to use rooms at the abandoned premises.

Some openly cried and criticised the police for what they surmised as murder.