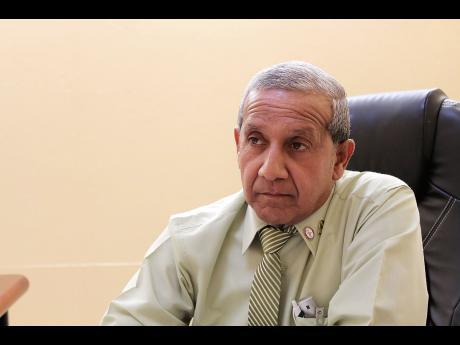 Maragh, also the councillor for the flood-prone Rocky Point division, said boats are on standby to transport residents in cases of emergency. - File photo

Stakeholders in Clarendon and St Elizabeth say preparations are in high gear for the tropical depression approaching Jamaica, with 93 emergency shelters on standby for activation in Clarendon, and 86 in St Elizabeth.

Mayor of May Pen Winston Maragh told The Gleaner on Friday that his team is ready to respond.

Maragh, also the councillor for the flood-prone Rocky Point division, said boats are on standby to transport residents in cases of emergency.

He said residents of the Portland Cottage community, which was years ago declared a no-build zone, have also been briefed and cautioned.

"The people there know what to do. We have had meetings with them, and Miss Coombs (parish disaster coordinator for the Clarendon Municipal Corporation) has been going around and meeting with community leaders and cluster managers," said Maragh.

Schools designated as emergency shelters in St Elizabeth have been advised to dismiss classes at noon on Friday.

Ornella Lewis, parish disaster coordinator, St Elizabeth Municipal Corporation, told The Gleaner that all stakeholders across the parish are making an effort to ensure a high level of preparedness.

Lewis added, "We are on high alert. In terms of our preparedness, plans are in place, and our shelter managers are on standby. We are also ensuring that persons are equipped with what they need should the shelters be activated."

She said a parish committee meeting later on Friday was expected to discuss plans for mobilising additional resources.

She also said some members of the private sector have been reaching out to help.

In the meantime, stakeholders in Manchester were in a meeting when contacted by The Gleaner.