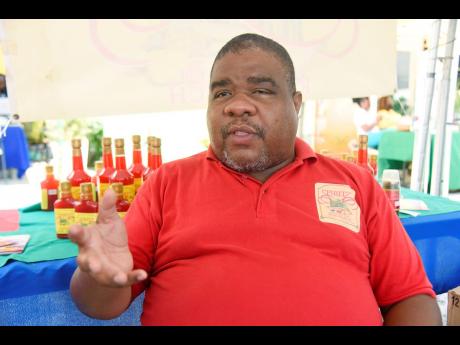 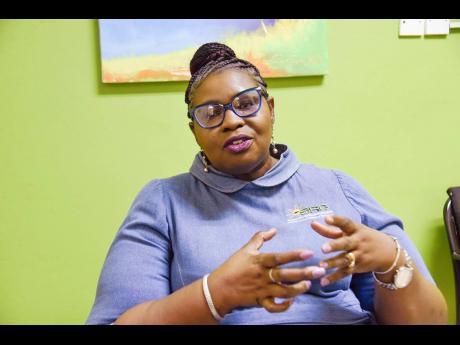 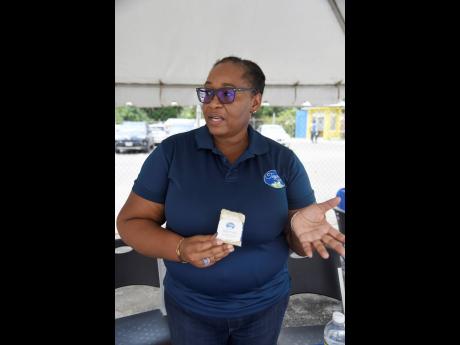 From the testimonies of several of its clients at last Friday’s event, the Scientific Research Council’s (SRC) first-ever show exhibition dubbed ‘Unlocking Success’ was well named.

The SRC has been conducting workshops and training sessions to start-up companies and individuals looking to venture into entrepreneurship over the years.

Training sessions have been held in a variety of fields, including tissue culture, food product standardisation, smoking, and curing meats, as well as body wash, bar soap, shampoo, lotions, and body cream production.

Friday’s showcase highlighted the work of the council in assisting some 50 clients.

Some like Tanya Powell-Edwards, founder of Tayna’s Body Care, say the SRC has been instrumental in the solid development of their businesses from idea to completion.

Powell-Edwards says she initially had no intention of starting a business in 2016 but instead had been simply trying to find a deodorant to best suit her needs.

“I started researching, not deliberately looking to make my own product but something just popped up and said, ‘why not make your own’ and I remember that there was a time in Jamaica where we used to help ourselves,” she said. .

She decided then to ‘try her hand’ at making her own product from scratch.

Friends and family members later expressed interest in her venture and even requested the product for purchase.

With a market now available, Powell-Edwards looked to gain formal training and by 2016 the business was launched through the assistance of the Scientific Research Council (SRC).

“I think that SRC is like a well-kept secret because I think what they teach, based on foods and natural products, it’s really transformational and I am happy that I have been able to partake in some of their courses,” she added.

The business, she said, now offers a wide range of natural body products, inclusive of body soaps such as turmeric, garlic, kojic acid along with body oils and lotions.

“We are always researching things; herbs, spices, in Jamaica that we can use to make natural products for our customers,” she said.

The products may be found at Earth Elements in Kingston, proactive lifestyle stores and pharmacies.

But Powell-Edwards’ story is not unique and the SRC’s aim is to help as many business start-ups ‘unlock’ their own success through its range of services.

Carolyn Rose Miller, manager of corporate communications, told The Gleaner that the SRC has also assisted participants in manufacturing, product development, testing services and developing a nutritional fact panel label for the products made.

She added that SRC’s overarching goal was to bridge the gap between research and industry. This, she said, helps to stimulate business development activities.

Most of the products developed utilise natural resources as the SRC is focused on providing the necessary support to nation-building and to growing the economy.

Of the 62 years of the SRC’s existence, the council has been assisting businesses for the last 25 years. It’s mandate is to foster the development of scientific research and facilitate the development, application, transfer and improvement of technology for the benefit of all of Jamaica.

It also enables the creation of new industries and implements projects, especially in the agro-industrial sector and the conversion of waste to energy.

“So, we are saying to others, if you have an idea come to us. We can translate your idea into a product ... we are hoping to inspire,” she said.

Among other businesses with items on display was Kirby’s Authentic from Vere, Clarendon, which produces Jamaican castor oil products which has also benefited from SRC training.

Managing director Maurice Rodgers told The Gleaner that his business supports locals in the area through purchasing the castor beans and that all other production was done by the company.

The products may be found in gift shops, majority of which are in Montego Bay and in pharmacies islandwide.

Rodgers points out that castor oil is good for hair and skincare, and this has been used for many generations. He says the company has sought to modernise it to include blends of coconut oil, lemongrass and turmeric.

“It is a more competitive product but we are holding our own,” he said.

John Bullock, marketing and operations manager of Spiritz Rum Punch, is also encouraging more businesses to come on board in utilising the services offered by the SRC. Spiritz is a locally manufactured product with a shelf life of 18 months and is packaged in alcohol-resistant polyethylene terephthalate. It is available in the 200 ml and 750 ml sized bottles.

Bullock said that although the business had been in existence for 15 years, they sought the council’s help in 2015.

He said they went to the council with an idea and formulation but received additional help to regularise the product so that every time it was made each batch tasted the same.

“They have adopted us as we have adopted them, so being a child of the [SRC] we’re here to present to the public the product to let them know what it is they can do,” he added.

He recommends that small businesses schedule a consultation with the council.