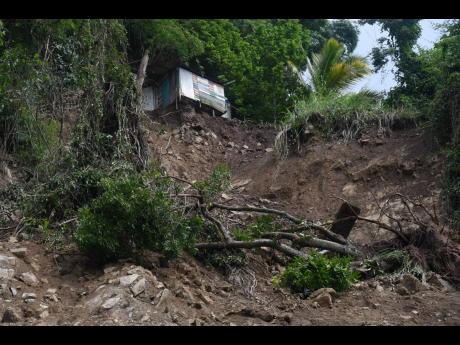 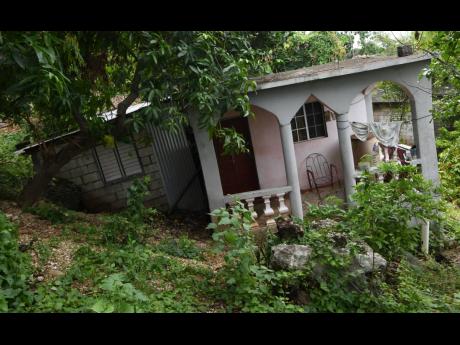 Rudolph Brown
The foundation of this house in Shooters Hill collapsed after a landslide on October 26, 2020.
1
2

WHILE JAMAICA is now out of harm’s way with the passage of Hurricane Ian, the National Works Agency (NWA) is warning members of the public to be mindful that their land-clearing practices for farming or housing construction might trigger landslides, such as what happened across several parishes.

Janel Ricketts, the community relations officer for the NWA’s western regional office, sounded the warning on Wednesday while updating The Gleaner on the agency’s ongoing clean-up efforts in western Jamaica following the recent rains associated with the category-5 storm which pummeled the western section of Cuba and Florida.

“In terms of disaster preparedness, even though we have state agencies responsible for different elements such as the main road network and the drainage system, citizens also have to be proactive for their own protection. On hilly terrain, if you remove the vegetation that is there holding the soil together, over time you’re going to have landslides there,” said Ricketts.

“This is in terms of how you clear areas for farming, especially along the hillside when you remove vegetation, but the vegetation helps to hold the soil together. Also, in terms of where you construct your houses, you have to be careful and try as best as possible to avoid certain areas,” she added, “For example, you really ought not to be building houses along gully banks. To protect your own interests, your lives and property, you really have to be aware of where it is you are constructing, and also you must construct to suit the terrain.”

Trelawny, Hanover and Westmoreland were among several parishes across Jamaica where communities were significantly affected by land slippages during the rainfall caused by the weather system between last Saturday and Monday of this week.

Affected locations included the Cash Hill to Dundee roadway and the Cascade to Jericho roadway in Hanover; the Wire Fence to Warsop route in Trelawny; and the routes from Hopeton to Auchindown, Torrington to Pennycooke, and Ferris to Maxfield in Westmoreland.

While St James has had a history of flooding during heavy rains, the NWA had no reports of flood damage or land slippage in the parish despite the heavy rains also affecting the area.

Regarding further assessment of the damage from the storm, Ricketts said that the NWA continues to be in watch-and-see mode, even while undertaking cleaning-up activities in select communities.

“We are continuing with the cleaning efforts that we had before, so that is basically where we are now. It is an ongoing situation with the rain continuing to fall, and we are just on alert for any eventualities,”she said, “From Thursday to Friday last week, we were doing significant work in terms of cleaning drains across the region, and we continue doing that. Even today (Wednesday) we are out cleaning drains along the Elegant Corridor.”

Drain-cleaning work had previously been done near the Blue Diamond complex in Ironshore, St James, and along the roadway in Whitehouse, Westmoreland, prior to the arrival of the storm.

Several schools across Jamaica suspended in-person classes up to Tuesday in light of the inclement weather conditions, which triggered significant flooding in St Mary, St Catherine, Clarendon, and Portland.