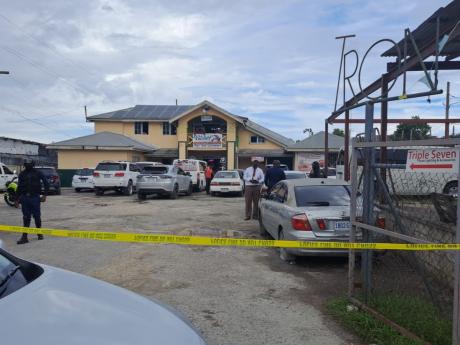 A man was shot and killed at a garage and car wash along River Bay Road in Montego Bay, St James this afternoon.

He has been identified as 30-year-old Robert Young, otherwise called 'Andre', a tiler of New Ramble in Bogue, St James.

Reports are that about 12:45 pm, Young drove a grey Toyota Corolla motor car to the Triple Seven Car Wash and Garage to see his mechanic.

While at the location, he was attacked and shot by a lone gunman who reportedly ran from the scene and escaped in a waiting motor car.

The police were summoned and found Young lying in a pool of blood with multiple gunshot wounds.