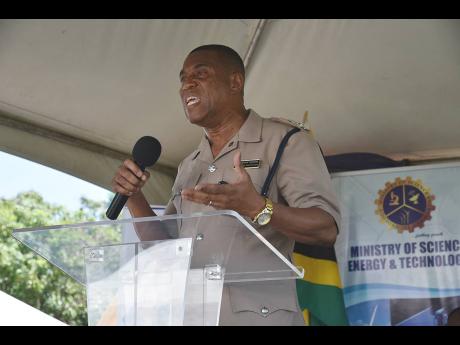 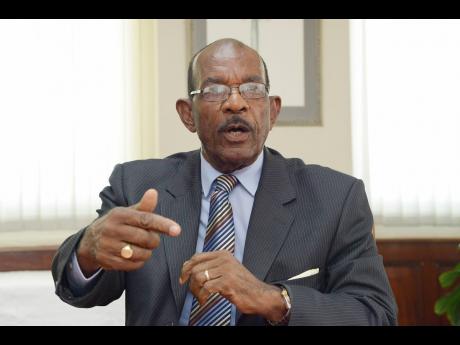 SENIOR SUPERINTENDENT of Police Wayne Josephs is assuring the Jamaican diaspora that Westmoreland and Jamaica in general is safe, this despite the high murder rate.

SSP Josephs who has responsibility for the Westmoreland police division, was addressing Rotarians and their guests at a meeting of the Savanna-la-Mar Rotary Club held at Hotel Commingle on Monday.

“I want to assure or reassure persons in the diaspora because there are a lot of persons out there who are afraid of coming back to Jamaica because they think they will be killed or their lives are in so much danger that it is unheard of for them to come back to Jamaica,” said Josephs.

Since January and up to November 16, Jamaica recorded 1,363 murders, an increase of 76 or 5.9 per cent over the 1,287 cases recorded by the statistics unit of the Jamaica Constabulary Force (JCF) for the corresponding period in 2021.

According to SSP Josephs, who is a member of the International Homicide Investigators Association, and who has participated in a number of training courses in the field on both the local and international levels, returning residents who have become victims of crime are by and large connected to them by those in their inner circle.

“Most of the returning residents that I have seen who have been targeted are usually targeted by family members or persons associated with them, their gardener, their helper and so on,” he noted.

SSP Josephs, who is pursuing graduate level studies in security administration and management at the Caribbean Maritime University, said there are several cases where people living and working abroad have sent home monies to relatives to build houses, or to bank the funds, and those relatives here have got comfortable with these properties which they are handling.

He said that in instances, the situations became so extreme that when those living in the diaspora decide to return home, their family members, helpers and gardeners see them as enemies who want to come and trespass on their property, and in those circumstances people are killed.

Percival LaTouche, president of the Jamaica Association for the Resettlement of Returning Residents (JARRR) agreed, “The whole thing about it is that some of the times it’s a family member, a close friend.”

He noted however that the crime rate is still not encouraging to those in the diaspora who wish to come home and enjoy their retirement, or to consider investment options.

“A lot of (those who) came and had a negative experience have not come back,” the JARRR president said.

In December 2020, the number of returning residents killed declined significantly, by 66 per cent, when compared to 2019 when 25 persons were killed. Five returning residents lost their lives in 2020, coming from an upward trajectory of 15 and 25, respectively, in the preceding years.

LaTouche has credited the decline in the number of returning residents killed to more persons receiving information through sensitisation sessions held islandwide, as well as through meetings held overseas several years ago. In those sessions, returning residents were urged to be more responsible in their decision-making, especially when investing and leaving caretakers for their properties.

“They took our advice and we have not had a spate of deaths of returning residents like what was happening in the past,” he said.