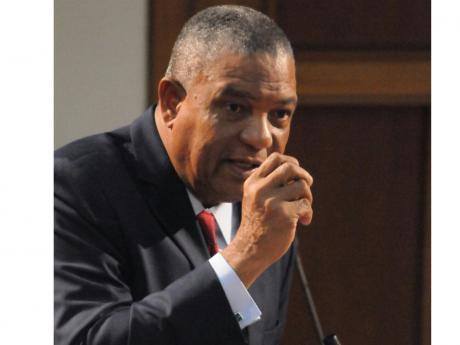 He was summoned to court for failing to make the submission, which was a breach of the Integrity Commission Act. -File photo.

Former Member of Parliament Horace Dalley was today fined in the Kingston and St Andrew Parish Court a total of $190,000 for failing to file his statutory declaration.

A report from the Integrity Commission in April revealed that Dalley did not file his declaration for the period ending December 2020.

He was summoned to court for failing to make the submission, which was a breach of the Integrity Commission Act.

The summons stated that Dalley failed without reasonable cause to furnish the commission with the statutory declaration which he was required to do in accordance with the Act.

Dalley filed the declaration in April and apologised for the late filing.

When he appeared in the Kingston and St Andrew Parish Court today, he pleaded guilty and was fined.

Attorney-at-law Charles Ganga-Singh, who represented Dalley, said his client filed the declaration late but it was unavoidable for personal reasons.

Dalley, who was MP for the Clarendon Northern Constituency, lost his seat in the September 3, 2020, general election.

The legislation states that failure to file a statutory declaration with the commission constitutes an offence and is liable, on conviction in a parish, to a fine not exceeding $500,000 or to a term of imprisonment of not more than six months.