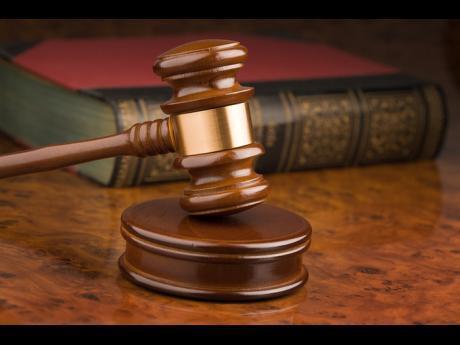 The young convict had pleaded guilty to manslaughter.

The male William Knibb Memorial High School student who was charged with the March 21 stabbing death of 16-year-old fellow student Khamal Hall has been sentenced to four years and 10 months in prison.

The sentence was handed down today by presiding High Court Justice Andrea Thomas when the matter was heard before the St James Circuit Court.

The hearing was transferred to St James from the Trelawny Circuit Court.

The defendant, whose name is being withheld because he is a minor, was represented by attorney-at-law Marissa Dalrymple-Philibert during the hearing.

The facts of the case are that on March 21, Hall – who was the goalkeeper for William Knibb Memorial High School's football team – and the other boy got into a fight on the grounds of the school compound, during which a knife was used to stab Hall in the neck.

Hall was rushed to hospital, where he was subsequently pronounced dead.

Later reports indicated that the fight was over a guard ring, which Hall had allegedly been accused of stealing.

Guard rings are often used by wrongdoers who believe they can protect them from their enemies as well as police detection.

During his previous appearance in the Trelawny Circuit Court on November 7, 2022, the young convict pleaded guilty to manslaughter.