‘There’s a smaller window for error’ 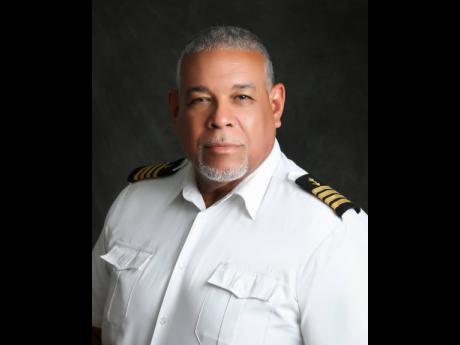 Being part of any industry for over four decades would give anyone substantial insight into its operations, developments, and challenges. It is this unique perspective that Captain Andre Smith has brought to the Port Authority of Jamaica (PAJ), where he serves as a senior marine pilot.

Captain Smith began his journey in the maritime industry as a cadet in 1980, working his way up to being captain of his first vessel a decade later. He described that initial voyage where he held command of a vessel from Mobile, Alabama, in the United States of America to Port Esquivel in Jamaica, as filled with nerves but “exciting”.

Back then, things were somewhat simpler, as the demands of international commerce were not at today’s increasingly frenzied pace, which has brought its own difficulties.

“The day-to-day challenges that the [local] marine pilot faces are the same challenges that all pilots around the world face; the vessels are getting much bigger [but] the ports are not getting any bigger,” Smith.

“It’s the same size ports that we are squeezing these bigger and bigger vessels in. Every time a bigger vessel comes, there’s a smaller window for error in doing these manoeuvres. So we have to be extremely careful bringing these ships in.”

Stressing the role of the marine pilot in carefully guiding vessels, Smith said, “Safety is our biggest regard; that overrides everything. We don’t consider commercial pressure when it comes to safety, because that is our job and that is what we are paid to do – to make sure that everything is safe, we don’t have any accidents, we don’t have any oil spills, anything like that. That is what we do first and foremost.”

Despite the significance of the role, the Caribbean Maritime Institute and Warsash Maritime College alumnus, said mariners are often overlooked.

“The Jamaican seafarers don’t get vast recognition. I think the only time anybody heard or cared anything about seafarers is when the pandemic started and we had to repatriate some of the persons that were working on cruise ships,” he said.

Despite the challenges faced, including the inability to leave ships and be repatriated home when their contracts ended, seafarers continued to work “to keep the lines of commerce open, because the world trade is pinned, or pivots, on maritime trade. We are the silent underpinning to the whole world trade, and a lot of people don’t realise that and take a lot of things for granted.”

With the International Maritime Organization recognising Day of the Seafarer, and the need for their ‘fair futures’ on June 25, Smith shared his thoughts on what that means.

“A fair future is one in which they are adequately compensated for the work that they have done and are not mistreated, as they have been in some instances, by not getting wages and not being able to go home when their contracts are up.” Further, he said that while the dwelling conditions aboard most ships have improved, many are still “less than ideal for long-term living”.

Locally, Smith said the continued education and training of seafarers is urgently needed to ensure safe operations within the developing industry.

“I would love to see a more comprehensive programme of training because these ships are getting much bigger and the ports are remaining at the same size, so we need to do more in terms of keeping pilots current with the activities that are happening internationally and to make sure that when these ships come, they don’t come as a surprise to us and we are struggling to keep up with them.

“We would have already been fully trained, done all the simulators, and we have gone onboard live model ships to train. What I would love to see is the more fulsome cooperation with some of these shipping companies when it comes to developing training programmes. I would love to see more work being done in coordinating training for all the pilots; a few of us have already done some preliminary work, but that is far too few; we need to do some more.”