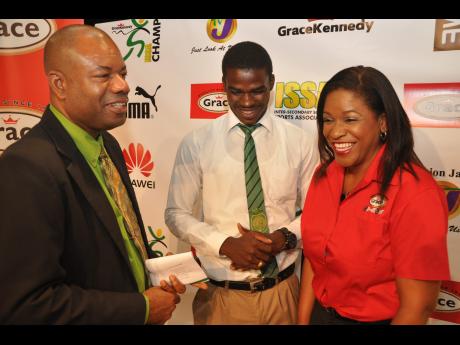 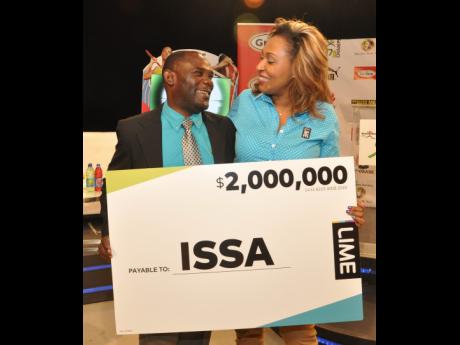 Champs will take place at the National Stadium from March 24-28, and will mark its 105th staging with audiences across the Caribbean, North America and other parts of the world set to tune in to the world's biggest track and field high-schools event.

"We need a new stadium; we need a modern stadium so that we can accommodate all these people," Small told The Gleaner in an interview, following yesterday's launch at Television Jamaica (TVJ) studios on Lyndhurst Road. "I think the investments we are putting into the championship will make more people come.

"Right now, we (ISSA) have to be turning away the foreign media because we do not have enough space in our stadium to accommodate them," he added.

"I can tell you that we have people coming from all over the world to this championship". "Bahamas, Trinidad and Barbados," he listed as Caribbean fans who will be flying in for the event.

"We (ISSA) have a courtesy call from the president of the North American, Central American and Caribbean Championships, Victor Lopez. All these people are coming because they want to see Champs," he explained

"We (ISSA) were recently invited by the Bahamian government to come and share with them how we build what we have (Champs), and they will be coming, too."

Part of the growth is manifested in a substantial financial boost from corporate companies, which had almost doubled the sponsorship from last year.

Champs 2015 is endorsed to the tune of $68.5 million by title sponsor GraceKennedy, who pledged $38.5 million towards event staging and $30.5 million to its marketing.

It was a whopping increase by the food and beverage organisation, who invested $36,750,000 last year.

"All the money from our sponsors is invested in the execution of this product because we believe that the quality of the Championships cannot be in anyway diluted. We invest millions of dollars to keep it that way, because we believe that if we continue to invest, eventually, media houses like ESPN and Fox Sport will come," reasoned Small.

"This will definitely be a memorable 105th staging, no doubt," he underlined.

"Our sponsorship reflects our ongoing commitment to the development of Jamaica's youth and their future. We are happy to invest in their hopes and dreams, as we know all too well that many of these young Jamaicans will end up taking Brand Jamaica to the world," Coy underlined.