Corruption in sports and more 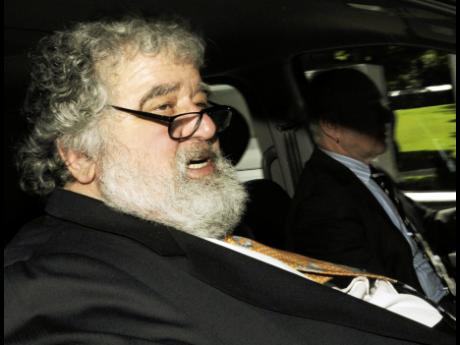 File
In this May 29, 2011 photo, FIFA official Chuck Blazer leaves the FIFA headquarters in Zurich, Switzerland. It was announced on Thursday, July 9, that FIFA's ethics committee has expelled former executive committee member Blazer from football for bribery and other corruption.

There has been corruption in sports ever since "sport for the sake of sport" began. There are recorded instances of athletes in the first Olympics using "performance enhancers" to improve their chances of victory.

The gradual influence of money in sport has increased exponentially the temptations for corruption and cheating. There have been past instances of members of a particular sport reporting/murmuring about corruption, but they have been silenced by officials who have absolutely no interest in rocking the boat and potentially reducing either a financial consideration, or the prospect of 'trips' with its accompanying potential for ... financial gain. Therefore, it comes as no surprise when it is demonstrated that those who run for leadership positions and are successful have absolutely no intention of giving up their leadership posts, even when it is shown that these leaders are 'involved'.

Globally, the Federal Bureau of Investigation (FBI), after years of investigation and testimony from 'insiders', have laid charges of corruption, bribery and money laundering against some of the high-ranking members of the FIFA executive. This is the same executive that pilloried a British reporter who broke a story about the former head of CONCACAF, Jack Warner, and literally circled the wagons against any other such allegation against any other member of the executive. The courts will now decide on the authenticity of secret surveillance tapes and evidence from insiders when contemplating the guilt or innocence of these accused men. Similarly, in cricket, ever since it was proven that a South African, Hanse Cronje, was corrupt, there have been allegations and whispers about systemic corruption in cricket, not only by the players, but by the managers and executives of the 'gentlemanly' sport. It took the Indian Supreme Court, after an investigation into possible corruption in Indian cricket, to prove that it is not only the players who cheat, but that the owners and executives of some of the more powerful groups are in fact corrupt. Do not for a moment think that corruption in sport is limited to these two sports. The investigations by uninvolved law enforcement investigators will expose corruption in other sports, but I strongly suggest that you do not hold your breath while hoping and waiting for any such investigation. Later this week, the executive committee of FIFA will decide if reforms suggested by an independent consultant will be implemented. The most important reform suggested by this consultant is that there be term limits for those members of the executive committees themselves. In the West Indies, there is a Patterson Report that suggests the same kind of reforms that are recommended for FIFA. We know what the West Indies Cricket Board thought of those recommendations ... . Placed neatly in file 13!

The answer to the question, how to combat corruption in sports is simple: Enforce term limits, insist on succession planning, include recall clauses after elections, and to have knowledgeable persons of proven integrity with expertise in the sport appointed to oversight bodies.

In Jamaica, sport is littered with so-called "Presidents for Life" who have no intention of either standing down or allowing any investigation into their particular sport. One of the stakeholder groups in the sport of horse racing has blatantly refused to have an 'annual' general meeting for the past six years.

One recent election seemed to have been influenced by high-ranking political support for one candidate. The only hope for transparency is for us, 'we the people', to insist on the implementation of RULES regarding term limits.

In my days of high school (Wolmer's 1960 to 1967), sports was something that was a part of the school curriculum, something done for exercise and fun, while concentrating on the real purpose of school ... an education. The Easter term was where track and field and hockey was played; summer term, cricket; and the Christmas term, football. No commercial endorsements, no cash to play. There were some boys, however, who displayed unbelievable expertise and skill at many sports. At Wolmer's, three boys exemplified the firmly held belief that sports and academics were compatible. Milton Powell, Mickey West and Maurice Foster were standouts. Unfortunately, Milton Powell was murdered in his business place some years ago. Last week, Mickey West succumbed to illness. My condolences to his family and friends on their irreplaceable loss. Of the three 'greats', only Maurice Foster (Fos) is left. I have often wondered how successful would a book about schoolboy/schoolgirl sporting icons from the 60s be? Any takers?