Fraser-Pryce may double at World Champs 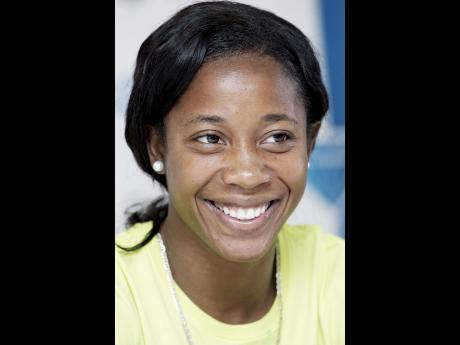 REIGNING OLYMPIC and World 100m champion Shelly-Ann Fraser-Pryce may very well also compete in the 200m at next month's World Championships in Beijing after all. The defending 200m world champion admitted yesterday that her coach is now reconsidering his earlier decision to have her only compete in the 100m.

Fraser-Pryce is currently in Sweden to contest the 100m at the BAUHAUS Athletics meet which makes up a leg of the prestigious IAAF Diamond League series.

Once proceedings are over in the Stockholm Olympic Stadium, Fraser-Pryce will concentrate all her efforts on retaining her 100m World title at the Bird's Nest Stadium.

However, the Jamaican sprint star was unsure whether she would also compete in the 200m at the sport's global showcase next month.

A clearly relaxed Fraser-Pryce said: "My coach (Stephen Francis) did say earlier in the year that I would not be running the 200m at the World Championships.

"His response was, 'Who said you're not doing the 200m at the World Championships?'

"He added that he's changed his mind and he's not sure just yet!

"The good thing is I'm qualified for the 200m, so it's not like I'm taking anybody else's spot.

The affable Fraser-Pryce revealed that should she take part in the longer sprint, she would have a game plan.

"When I get to the 200m start line, it is more a case of whether I go hard for the first 50m, or do I give it 80 per cent and then blast the final stages?

"Whatever I settle on along with my coach, that's what I'm going to do.

During her last Diamond League outing in Paris, Fraser-Pryce saw off a top-class field to record 10.74 seconds.

In her wake was the highly rated English Gardner from the United States and Africans Blessing Okagbare (Nigeria) and Murielle Ahoure (Ivory Coast).

Shelly the one to beat

Fraser-Pryce's status makes her the woman to beat, but that fact does not trouble her.

"For the 100m, you don't have to look at the start lists to know that it is competitive right now," she said.

"They (her competitors) are running well and they are excited and hungry.

Five other Jamaican athletes will compete at the meet.

Peter Matthews will contest the 400m, while Simoya Campbell competes in the 800m.

There are two Jamaican men in the 400m - Edino Steele and Rusheen McDonald.

Joining Fraser-Pryce in the 100m will be Natasha Morrison.