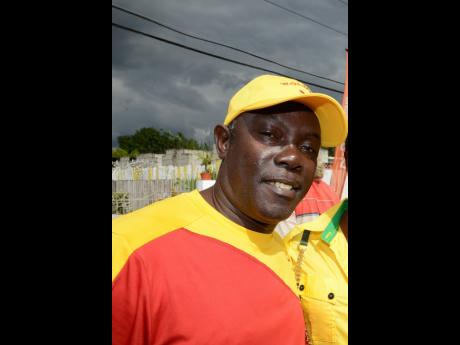 JAMAICA'S junior athletes who will start competition at the XVIII Junior Pan Am Championships tomorrow have reportedly settled well at their base at the Lister Centre on the campus of the University of Alberta.

The Jamaican team, which comprised 36 athletes (20 males and 16 females) had attended three training sessions since their arrival late Monday night.

Head coach Michael Carr was very upbeat while speaking to The Gleaner yesterday and was looking forward to the start of competition.

"So far, so good, (there are) no injury concerns and the team is in good spirit," said Carr.

The coach added that they are staying some ten minutes away from the athletic venue.

"Where we are staying is in close proximity to the site of the meet. The training venue will be the same venue where the meet will be held. This is a big plus for us as it takes us around ten minutes to reach there ... we are taking advantage of this," continued Carr. "The team is in high spirits and we are hoping that when it matters most, they will deliver."

Carr, who was at the helm when Jamaica topped the world two years ago at the World Youth Championships in Donetsk, Ukraine, is very pleased with the support given so far by the organisers.

"The organisers have been very supportive so far; when we ask for help in any area, they are willing to help us," said Carr.

The country will be hoping to better its medal haul of two years ago when two silver medals were garnered in Medellin, Columbia. Christoffe Bryan finished second in the Boys' High Jump, while it was also second for the Boys' 4x100m relay quartet of Odail Todd, Antonio Henry, Jevaughn Minzie and Jahzeel Murphy.

It was at the same meet where two of today's top young international talents had early success as Zharnel Hughes captured the Boy's 100 metres, defeating Canada's Andre De Grasse, who finished second for silver. De Grasse also picked up bronze in the 200 metres after finishing third.