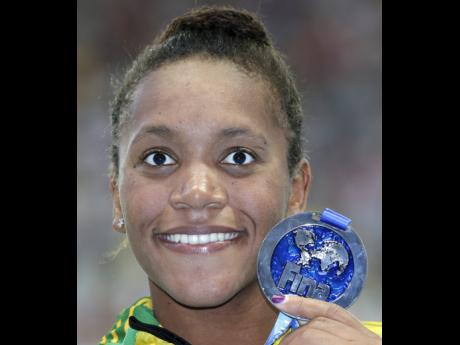 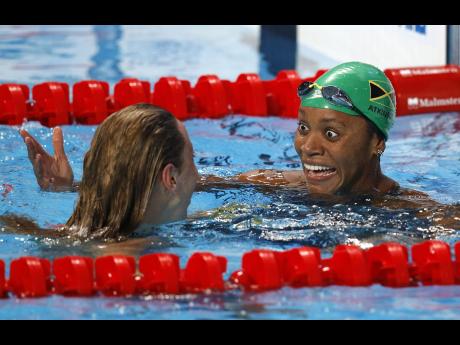 Jamaica's Alia Atkinson won a silver medal in a new national record on the final night of competition at the FINA World Championships here yesterday.

Atkinson finished second in the 50-metre breaststroke in 30.11 seconds to lower the Jamaican record of 30.17 she set in the semi-finals of the Commonwealth Games in Glasgow last July.

It was her second medal of the championships, having won bronze in the 100m breaststroke on Tuesday.

The Jamaican was just 0.06 seconds off Jennie Johansson of Sweden, with 30.05. Russia's Yuliya Efimova swam for third in 30.13, while world record holder, Reita Meliuta of Lithuania, finished fourth in 30.14.

"It's fantastic," said Atkinson. "The last two Worlds, I've got ninth in both events, so to come back and medal in both shows how much I am improving.

"It's a real confidence booster because I've always been successful in short course, but not long course," she said.

In the women's 50m freestyle, Bahamas' Arianna Wallace-Vanderpool finished sixth in 24.44. Bronte Campbell of Australia won the gold in 24.12, followed by Ranomi Kromowidjojo of the Netherlands - the silver (24.22) - and Sweden's Sarah Sjostrom taking the bronze (24.31).