Turmoil may work in IAAF’s favour 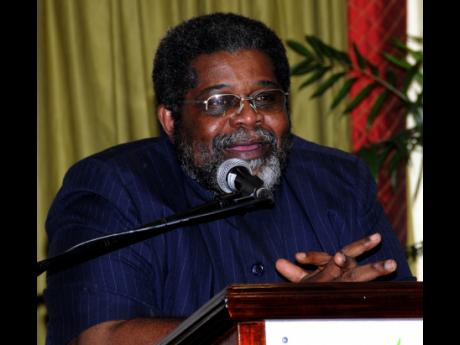 TWO weeks before the biggest event on its calendar for 2015, the International Association of Athletics Federations (IAAF) is in turmoil, as it faces not only external threat, but accusations of betrayal from its own athletes.

Last week, British newspaper The Sunday Times and German broadcaster ARD/WDR published a report saying that the IAAF did not act on thousands of suspicious doping tests from the 2005 and 2007 World Championships.

The IAAF had already faced challenges to its credibility this year, given the exceptional season of the American, Justin Gatlin, who is the fastest man over 100m and 200m this season, coming back from two doping suspensions.

Jamaican psychiatrist Dr Aggrey Irons, a member of the Jamaica Athletics Administrative Association's (JAAA) Disciplinary Committee and a former member of the Anti-doping Disciplinary Panel, believes there is an attempt to damage the IAAF.

"It is an attempt to damage the credibility of the IAAF. I don't think it will work," Irons said.

Sports psychologist Dennis May agrees and said the turmoil may work in the IAAF's favour.

"Not this issue, because in a sense it has been dealt with already at the highest level. We have seen, too, many accusations in baseball and football. There was a lull, but it came back up. When fans see there is an effort to take out the unfair advantage, people will appreciate it. People love sport. What they want to know is that it is a level playing field," he said.

May, who holds a master's degree in advanced behavioural science from Antioch University in Seattle, said it is time for the IAAF to institute harsher penalties for cheating.

"It's an opportunity to say 'here is a stake in the ground'. The sanctions going forward may be even harder."

The founder of Jamalco Track Club believes the tension will heighten interest in the World Championships, especially the men's 100m, which will feature the tainted Gatlin and reigning world champion Usain Bolt.

"It's high drama," he said. "It is almost like a soap opera and films you watch. Athletics is at a crux point. From the fans' point of view, it's the clean games versus the dirty games. It's interesting. People say Gatlin tested positive and he has served his time and people will say it has happened with us too."

May added that the timing of the scandal was interesting, given that the IAAF will face an election just before the World Championships next week.

Irons also said it is in the athletes' and specifically, Jamaican athletes' best interest to remain focused.

"Recently, there has been an attempt to make us run under a cloud and we have to try to run above that cloud. We have a vested interest in our sport staying clean," said Irons.

May said he is not sure Harting's accusations are a popular opinion among athletes, which would have been noticed in this age of social media.

"Has there been a ground swell? If (that was the case) there would have been a lot of responses and in today's world with responses being so fast, if you haven't seen that, I don't think that will affect it," he said.