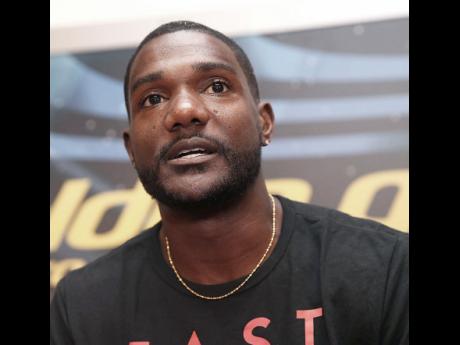 File
Gatlin ... The Jamaicans are still very strong but we felt we had a really good chance to get them today.

American Justin Gatlin has declared that he will always be ready to challenge sprint superstar Usain Bolt.

"What defined these championships is that Usain Bolt always brings it and Justin Gatlin never backs down," the American told The Gleaner's Andre Lowe inside Beijing's Bird's Nest Stadium after his team, originally placed second, was disqualified in the men's 4X100m relay final. "The Jamaicans are still very strong but we felt we had a really good chance to get them today," Gatlin said.

A silver medallist behind Bolt in the 100m and the 200m, Gatlin told reporters it was too early to rate his time at the world event.

"How was my championships? Ask me again next week, I'm still soaking it in," he said. In the men's relay, Bolt powered home for the Jamaicans to a world leading time of 37.36 to complete a sweep of the sprint relays after the Jamaican women also won their race and in a championship record.