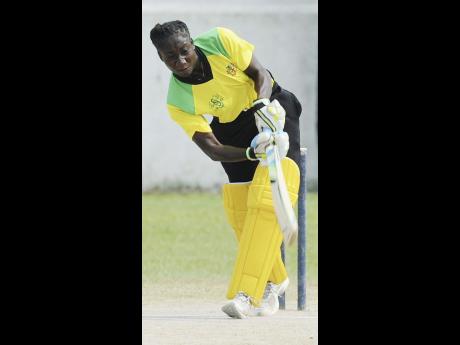 The change was announced by the West Indies Cricket Board yesterday as it named the 18-member training squad for the home series against Pakistan starting next month.

Aguilleira led the side for six years, during which time they managed to reach the final of the ICC World Cup in 2013 and the semi-finals of the last three Twenty20 World Cups.

However, chief selector Clive Lloyd said the time had come for a change.

"Merissa has been there for a long time and did a pretty good job, but we feel the time is right for a new leader, and we have chosen Stafanie," he said.

"She has done well for Windies Women with bat and ball and has led Jamaica Women successfully, so leading the team would not be alien to her.

"Stafanie has played quite a lot. She has been ICC Player-of-the-Year and she will be able to lead by example."

Taylor has been one of the most prolific batsmen in the women's game in recent years. The 24-year-old right-hander has garnered 3,115 runs from 84 one-day international, already with five centuries and 20 half-centuries.

In contrast, Aguilleira has struggled with the bat, especially in recent times. She has not scored a half-century in over three years and managed only 69 runs from 10 ODI outings last year and 86 runs from 12 T20 innings.

WICB president Dave Cameron said he believed the changes would be "in the best interests" of the squad.

"The directors have confidence in the decision made by the selectors and accept that it has been made in the best interests of the women's team," he said.