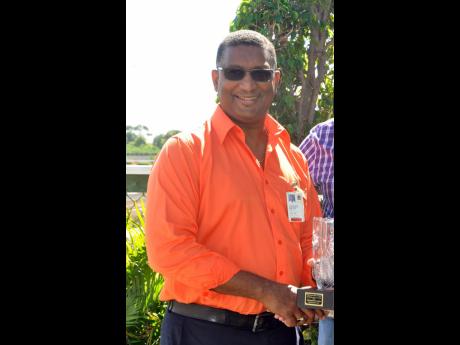 LOCAL-based horses have been guaranteed 10 spots for the December 5 Diamond Mile at Caymanas Park, worth $13.5m, the richest-ever horse racing purse in the Caribbean.

Racing secretary, Denzil Miller, said the other six spots, if filled, would comprise horses from Barbados and Trinidad and Tobago, whether West Indies-bred or imported runners.

"There are 10 guaranteed spots for local-based horses, based on earnings, so it's not an invitational," Miller confirmed, adding that the Jamaican reserved spots were for local and overseas-bred horses.

Racing authorities in Barbados and Trinidad and Tobago, Miller said, would determine who they send to Jamaica for the Diamond Mile, "very much as how we nominate and decide who we send to the Caribbean Classic", he explained.

Hoping to attract as many entries as possible, Miller has kept the door open for owners from Jamaica, as well as Barbados and Trinidad and Tobago, to import horses specifically for the race.

However, a two-kilo penalty has been put in place for horses not domicile in participating countries for four months. Therefore, imported horses landing in Jamaica, Trinidad and Tobago and Barbados less than four months before the race would carry 59.0 kilos.

"Imported horses domicile in the Caribbean for four months would carry 57.0 kilos, native-bred four-year-olds and upwards, 55.0; three-year-olds, 53.0; and, of course, sex allowance would be in it as well," he explained.

Asked whether two kilos was sufficient penalty for foreign-bred invaders hunting a rich payday, especially horses coming from other islands, considering the rich purse is being dangled as a carrot to improve the local bloodstock, Miller said it was a measured risk.

"It was one of the things we thought about when doing the conditions for the race but that's what you are faced with when opening a race like this to get the best horses possible," he said.