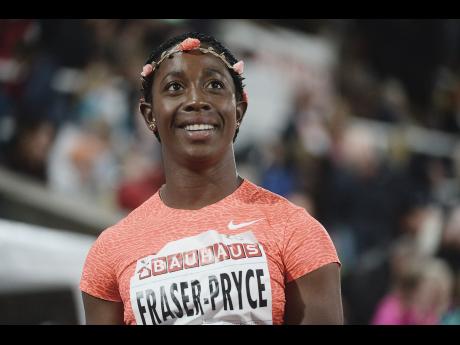 As she gets ready to launch the third edition of her now annual six-a-side football competition in the Waterhouse community where she grew up, World and Olympic 100 metres champion Shelly-Ann Fraser-Pryce is urging businesses within the Waterhouse community to lend their support to the competition that has helped build relationships and ease tensions between rival communities.

She also revealed plans to develop the field, located at 451 Spanish Town Road into a sporting complex. The opening ceremony and dress parade are set for 3 p.m today.

The additional sponsorship, she said, will help offset costs associated with catering to four additional teams as well as having medical staff present at every game this season.

"Last year, we had an incident where two players went up for the ball and headbutted each other and we had to carry them to the hospital, so this year we have to make sure that we have medical personnel on the field at all times," Fraser-Pryce revealed.

"I am really excited to have them on board for them to see the impact this football competition has had on the community," Fraser-Pryce said. "Each year, the players get better in how they talk to each other and to officials, very respectful. I remember years ago when I lived in the community, men were in argument over football, and one person ended up dying. It's a good thing when you can have young men from different parts of the community come together and play some football, and when they are done they can lyme and talk and go about their business after."

The 24 teams will be divided into six zones of four teams each. The final is tentatively scheduled for Saturday, December 12, 2015.