Simmons anxious to move on 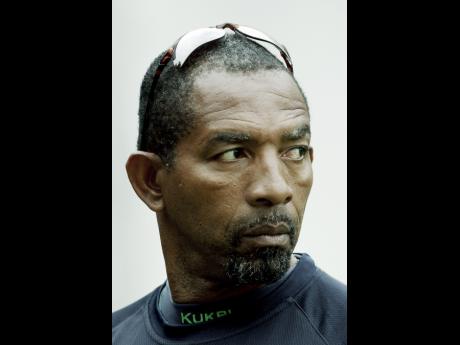 Reinstated West Indies head coach, Phil Simmons, says he is eager to move on from the incident that led to his suspension for the Sri Lanka tour and sparked controversy across the region.

In a prepared audio statement released on Tuesday by the West Indies Cricket Board (WICB), Simmons apologised for the now well-publicised controversy, noting that he was now anxious to resume his duties with the Caribbean side.

"I am looking forward to putting this behind me and doing the job I enjoy with the West Indies senior men's teams, to continue heading towards the goal that we have in sight and towards which we have started working," the 52-year-old Trinidadian said.

The controversy arose when Simmons lashed out at the selection process, blaming "outside interference" for the non-selection of all-rounders Dwayne Bravo and Kieron Pollard for the one-day tour of Sri Lanka.

Speaking at a press conference in Barbados prior to the Test squad's departure for Sri Lanka, Simmons said while he and chairman of selectors, Clive Lloyd, were in favour of the duo's return, they had been outvoted by the three other selectors.

"And it's disappointing for me to know that in any aspect of life (people would use) their position to get people into a squad, or in this case, get people left out of a squad.

"It is wrong and I don't like it and that is my beef with the selection of the ODI team."

The outburst led to his suspension for the Test tour of Sri Lanka, with fellow selector Eldine Baptiste taking up the interim role.

Simmons was subsequently called before the WICB's Human Resource Committee to answer for the comments.

On reinstating Simmons, the Board said Tuesday it had reprimanded the former player for the comments and also asked him to make a public apology.

"I regret my public outburst during a press conference on the 25th of September, 2015 in Barbados, called to announce the West Indies Cricket Board men's senior team selected to tour Sri Lanka in October and November, and the revelation of the voting that took place at the team selection meeting," Simmons said in his apology.

"I extend a public apology to all whom I may have offended. I have personally apologised to my fellow selectors and the West Indies Cricket Board and now do so again publicly."

Regarding the claims of outside interference, the WICB said it would "immediately investigate the allegations made by Simmons and take the necessary and appropriate action following this investigation".

Simmons will now lead the side on the Test tour of Australia starting next month.