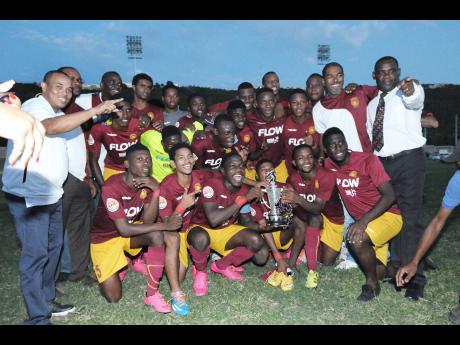 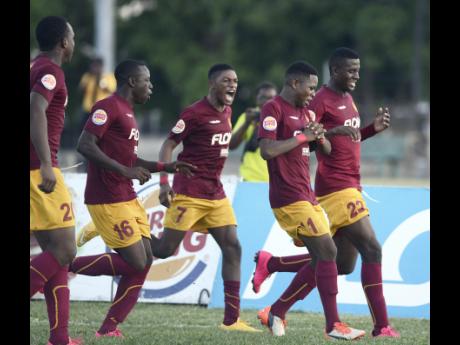 The teams had played to a 0-0 finish in regulation time and were tied 1-1 after extra-time at Stadium East.

Alphanso Gooden put Wolmer's in front four minutes into extra-time. However, St George's were awarded a penalty and Dominic James converted in the 100th minute.

There was to be more drama as Steibel missed his penalty for Wolmer's immediately after to bring the 'Georgians' back into the contest. But Jemison saved the very next kick, from Jevoun McKella, to give Wolmer's victory.

Wolmer's coach, Vassell Reynolds, who was winning his first senior schoolboy football title after regular successes at the Under-14 and Under-16 levels, said the knockout tournament was tailor-made for Wolmer's this season.

"The way we play was always going to suit us for knockout competitions. We always play to our strength and we didn't get many goals. We didn't have the killer instinct upfront and we didn't have that marquee player, so we built our platform from defence and it took us this far," he commented.

In a low key first-half, St George's controlled possession, but Wolmer's looked more threatening going forward. They nearly went ahead in the 15th minute, but Jahwahni Hinds fired over from inside the box.

After the break, the game got better and St George's created a number of openings where they could have taken the lead. However, captain Shevon Stewart squandered three great chances to give his team the advantage.

Four minutes into extra-time, Wolmer's grabbed the lead when Gooden headed home after a corner was redirected back across goal.

St George's rallied when McKellar was fouled in the box and James tucked away the spot-kick to bring his team level.

"We lost the Manning Cup and we wanted this one. We knew we had one to go and we got them (players) back up (from Saturday's Manning Cup defeat). Unfortunately, it didn't go our way and we are disappointed that we didn't win this one," stated St George's coach, Neville 'Bertis' Bell. "But when it goes to the penalty spot it's a bit of a lottery."