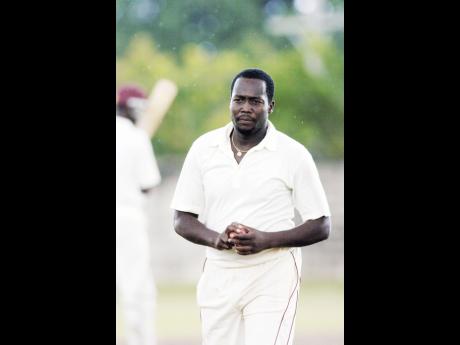 THE defence team for national cricketer, Odean Brown, said whereas it would have preferred an earlier start date to the player's suspension for a doping-rule violation, understands the ruling and has accepted the decision of the Independent Anti-doping Panel.

Brown was yesterday handed a 15-month ban, dating back to November 24, 2015, and which will run until February 24, next year, for three whereabouts rule violations.]

Under the World Anti-doping code, three whereabouts rule violations, within a 12-month period, would constitute a doping violation, which carries a maximum sentence of a two-year ban.

Brown's case began in September last year and the final submission was made on November 24, but the ruling was not handed down until yesterday.

Brown, who is off the island, was represented by West Indies Players Association (WIPA) president, Wavell Hinds, and his attorney, Patrick Foster, at yesterday's ruling.

World Anti Doping Agency (WADA) rules state that athletes must file where they will be for at least one hour, each day, with their local anti-doping agency, to facilitate being drug-tested.

Foster told The Gleaner the player has accepted the decision of the panel, chaired by Kent Pantry and included Professor Archibald McDonald and former West Indies and Jamaica cricketer, Maurice Foster.

It came to light as early as July that Brown had a doping violation and the case began in September.

"Under the rules he either gets a maximum of two years or the minimum is one year, and it's at the lower end. The evidence suggested he was inadvertent or careless and his conduct was not suspicious," Foster told The Gleaner.