It's time for No Money Friend 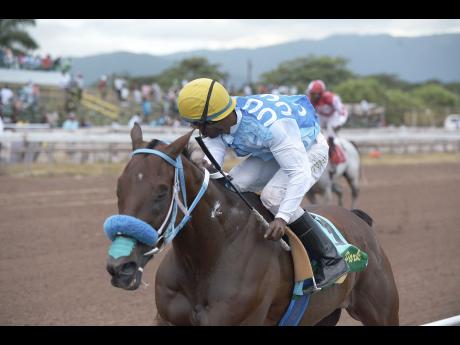 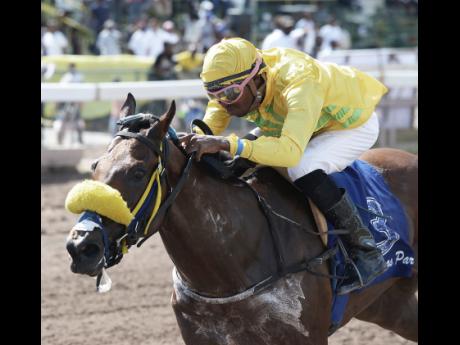 Trainer Randolph Scott is set to cash in when he sends course specialist BALLON D'OR over 1820 metres in tomorrow's opening race in the Sunrise-6 at Caymanas Park.

The event for $450,000 claimers, and five years old and upwards non-winners of four, has attracted seven starters, but none should test Scott's five-year-old gelding. In his last two trips over the distance, BALLON D'OR has won by a combined 22 plus lengths, clocking 1:59.0 and winning by 16 lengths on April 26 and by just over six lengths on June 10 and crossing the winning post in 1:59.3.

The trainer has called up leading jockey Omar Walker to partner his horse, and he should make no mistake.

Race two over 1400 metres should be an afternoon stroll for British-bred KALAMATA. She was beaten a neck by overnight allowance campaigner Awesome Destiny, going 1820 metres on July 8, and will easily beat a field of second-level local three-year-olds. The distance appears a bit short, but she will be too classy for this field.

NO MONEY FRIEND has sneaked down to $250,000 at a very handy mark and could lead all the way in race three. Last time in this claiming group, NO MONEY FRIEND lost by three quarters of a length to ARGUMENT DONE over 1000 metres straight. He has been training well for some time and at this low level will have too much pace for his seven rivals.

In race four, KAMALI STAR should outstay rivals over the 1700 metres distance. The four-year colt has beaten most of the field he will face tomorrow and should prove too strong in the final 100 metres.

Race five is a very knotty event for two-year-olds, who will travel over 800 metres. The Anthony Nunes-trained APOLLO BAY has the best form but appears one-paced, so the winner should come from one of the newcomers. The one best equipped to top the event is ALEXANDRA.

By Blue Pepsi Lodge - Grace Marie, ALEXANDRA has been training fairly well and the sire, known for producing speedsters, had a good winner in Exhilarate two weeks ago.

Trainer Nunes has the key to race six. DIOSA DE ORO ran an improved race on July 8, but after being up with the pace for 1000 metres of the 1100m race, she weakened badly late. Stable companion MIRABILIS will be staying on at the end of the 1400 metres race and looks the likely winner with Linton Steadman aboard.