Blake, Powell clash - Jamaican sprinters to square off in Zagreb 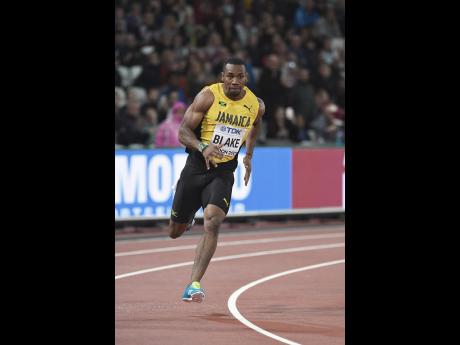 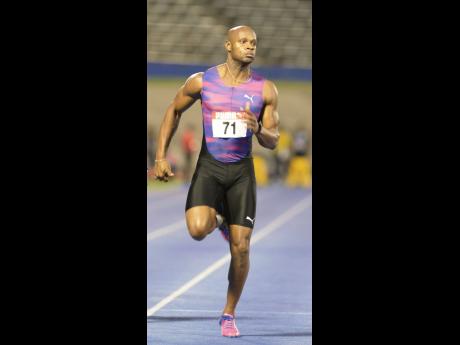 Jamaican sprinters Yohan Blake and Asafa Powell will face each other for the first time in over a year when they line up in the 100m curtain-closer at today's IAAF World Challenge meet in the Croatian capital city of Zagreb.

Both athletes have suffered disappointment this season but will be looking to set up themselves for a strong 2018, in a tricky contest that also features Turkey's 200m World champion Ramil Guliyev, experienced American Mike Rodgers and the Great Britain pair of Adam Gemili and Daniel Talbot.

Blake has finished ahead of Powell in their last three races, extending that dominance to five of their last seven outings in the event.

This will be the 2011 World champion's first individual race since his fourth-place finish at the IAAF World Championships in London, while Powell continues his comeback after last week's 10.11 run at the Zurich Diamond League final following a two-month injury lay-off.

Powell expressed satisfaction with his run in Switzerland, given the long period on the sidelines. That race featured World champion Justin Gatlin and in-form youngsters such as Diamond Race winner Chijindu Ujah and Ben Youssef Meite.

The Zagreb line-up is not necessarily as explosive, but Blake and Guliyev have both gone below 10 seconds this season and will both enter the contest in much sharper condition than the experienced Powell.

There are another two Jamaicans in the 110m hurdles, where Ronald Levy, whose hot start to the season did not quite materialise in World Championships success, and Commonwealth Games champion Andrew Riley will look to get the better of Russian star Sergey Shubenkov, Devon Allen, Andrew Pozzi and Aleec Harris.

Schillonie Calvert-Powell will compete in the women's 100m, alongside Michelle-Lee Ahye, Blessing Okagbare and Dina Asher-Smith. Also, Shanieka Ricketts will line up in the women's triple jump, while O'Dayne Richards is set for the men's shot put.