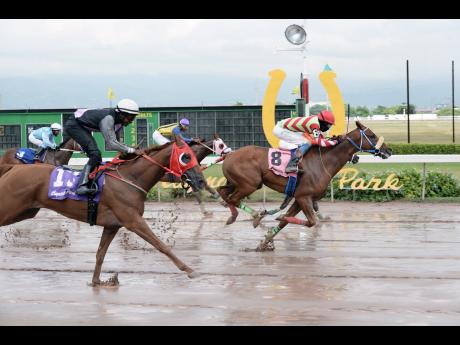 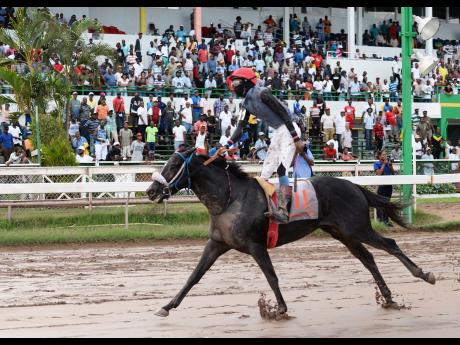 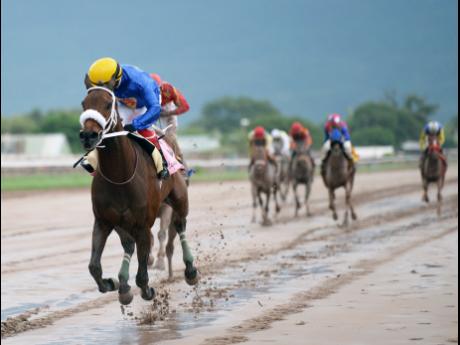 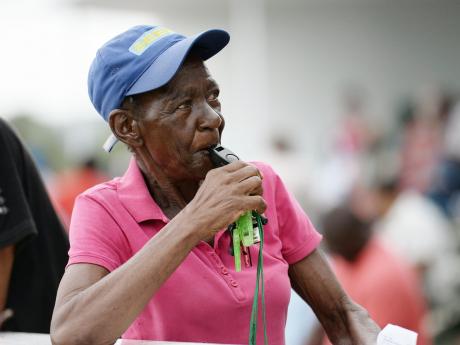 Jermaine Barnaby
A punter who gave her name as Barbara blowing a whistle close to the winners' enclosure while cheering on jockey Wesley Henry at last Saturday's 10th race winner GOLDEN BULLET. 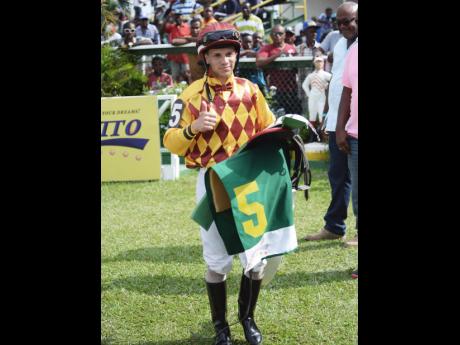 ANTHONY NUNES' crack two-year-old, PATRIARCH, has been galloping alongside some of his top stable companions and should easily put away his rivals in tomorrow's opening race of the Sunrise-6.

PATRIARCH, half-brother to Classic contender Bilingual, matched Grade One stable companion HOUDINI'S MAGIC, (48.2 to 48.1) on the exercise track on September 2 and appears to have a lot of class. His dam, Electrifying, was very speedy,

and PATRIARCH is expected to go all the way in the 1000-metre round race.

Race Two over 1200 metres will be much tougher than the first. SIMPLY THE BEST, GOLD MINER, SHARP SKIRT and the selection, FLYING MACHINE, all have strong chances.

FLYING MACHINE is working very well and is also well in at the handicaps. She will be charging at them late, and with so much speed in the line-up she can catch her rivals in the final 100 metres.

The third race for maidens over 1400 metres looks tailored for WILLODEEN. Trained by Johnny Wilmot for popular owner Carlton Watson, the three-year-old gelding, did very little behind A.P.I. on August 16. He, however, trained extremely well (1:30.2

for 1400m) on September 9 and appears ready to produce a

GOODBLOODBADBLOOD has an easy task in race four, also over 1400m. He has been knocking at the door for the past two months, and with this being a fairly weak field, will go off a very warm favourite.

Steven Todd's STANISLAUS has been been campaigning against far better company than most of his rivals in the 1000 metres round fifth race. He comes in fairly light at 52.5kg and should get the better of EARTH ANGEL.

BILINGUAL comes back light and well trained from her Classic campaign and will not be beaten in the sixth over 1100 metres. Nunes' filly clocked 59.2 for the last 1000m out of the chute at exercise on September 9, and with just 51.0kg and visiting jockey Dick Cardenas, will be on an afternoon stroll when the starter lets them go at 2:15 p.m.

The imported LEGENDARY U showed good speed to defeat MALACHI on his local debut on August 16, but BILINGUAL will have much more class (and pace) than his rivals on that day, and the American will have to settle for a runner-up spot.