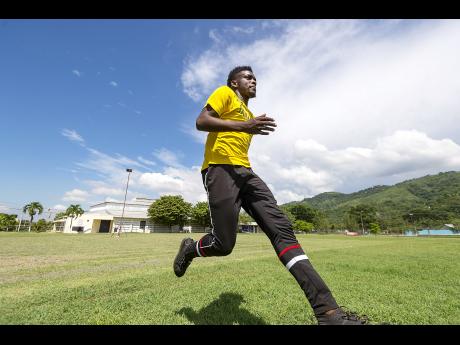 Gladstone Taylor
Michael Campbell, who suffered serious injuries in an accident that claimed the life of his MVP teammate, Jordan Scott, last year, in training at the University of Technology yesterday. 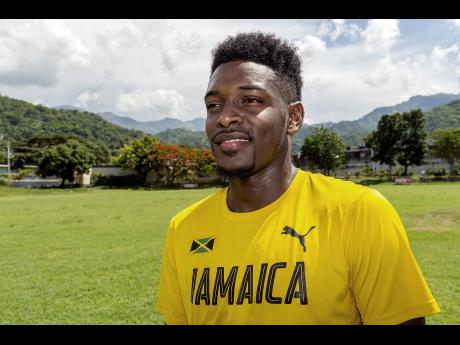 Gladstone Taylor
Michael Campbell at the at the University of Technology yesterday.
1
2

At approximately 6 a.m. on Monday, September 24, Michael Campbell joined his teammates at the University of Technology for his first training session since he met in a deadly car accident that claimed the life of his friend, Jordan Scott, just over a year ago.

His ability to participate in normal athletics activities is the latest of a series of things he can do again, which medical professionals had believed would have been impossible because of the injury he sustained to his spine in the car crash.

On September 10 last year, Campbell and Scott were on their way home when the car they were travelling in veered off the road and crashed into a utility pole on Hope Road. Police reports say that the car burst into flames and Scott was burnt beyond recognition while Campbell was taken to the University Hospital of the West Indies.

"Some doctors said that I wouldn't be able to walk again, but I always believe that from I have strength, I have everything, and I was not going to allow what the professionals - the doctors - say to stop me from trying," Campbell said. "When I came out of the hospital on September 17, 2017, I realised that I could move my foot, and I said this is a positive sign because if I can move my toes, that means I can walk again. But it took me three days to walk again."

The former Jamaica College athlete does not only have his sights set on being able to run again, but to do it at a pace where only a few humans have able been able to and completing his first training session back was a huge step in achieving that.

"I want to make it to the IAAF World Championships in Qatar next year. That will be a huge step to achieve my goal of going to the 2020 (Tokyo) Olympic Games," Campbell said.

Campbell's track and field career had just began to take life when the accident occurred as two months earlier, he ran a leg of the men's 4x100m in the preliminary round for Jamaica at the IAAF World Athletics Championships in London.

That same year, he lowered his personal best in the 100m from 10.43 seconds to 10.07. And, subsequently, he was hoping to represent the country in the event at the Commonwealth Games in Australia earlier this year.

"At first, it dampened my spirit, but then I said to myself that everything happens in life for a reason, and so I have to accept it and move on from there," Campbell said.

According to the 21-year-old, his drive to succeed in athletics and to obtain his degree is no longer for himself, but for those who have been in similar situations who are thinking of giving up.

"When the incident happened, I was down, but while I was in the hospital, my friends and others spoke to me and cheered me up, and I also used that time to motivate myself and said to myself, 'From I have life, I have everything'. I am trying to do what I know my friend (Scott) would want me to do, which is to stay positive. My drive to keep on going after my dreams is that I want to be an inspiration for those who have been in similar situations who might be thinking of giving up," he said.