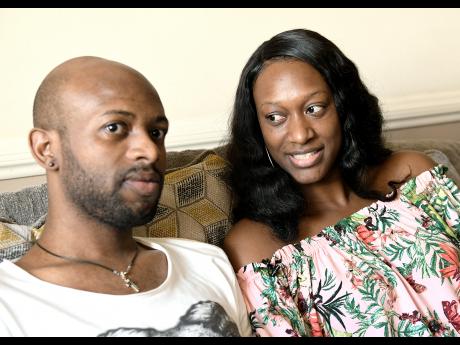 Chairman Carvel Stewart has promised that the club will be doing all they can to help one of their 'sons' who is battling the degenerative disease amyotrophic lateral sclerosis (ALS), and tomorrow night's event is just one of several events planned.

Part proceeds from tomorrow will go to Shelton's gofundme account, as they try to gather funding to finance the player's medical expenses.

General manager of Harbour View, Clyde Jureidini, has urged football fans and others to come out in support of Shelton.

"Luton has given us so much, not just to our club but to Jamaica, and we want to do the best we can as he battles this illness," Jureidini said.

Tickets to attend the game have been increased to $1,000 from the usual $500. It will be an extended evening of football as the Harbour View Masters, will take on the Violet Kickers Masters who will feature national senior men's team coach and World Cup veteran Theodore Whitmore.

The game will also feature a number of World Cup veterans, including Ricardo 'Bibi' Gardner, will suit up for the Harbour View Masters along with Ian Goodison. Former national goalkeeper Warren Barrett and forward Paul Davis will join Whitmore in the Violet Kickers team.

"Between the Masters game and the Monday night match, we will have a prayer chain, where the teams on the field will hold hands as well as those patrons in the stands, and we will pray," Jureidini said.