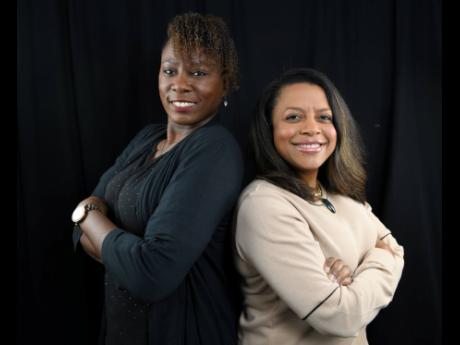 Michelle Adamolekun and Lisa Quarrie, co-founders of the Reggae Girlz Foundation, say plans are now being made to start a football academy for young women in Jamaica.

They said that the academy would serve to develop young girls from the tender age of six years old for future national teams as well as to provide scholarships for Jamaica’s female footballers.

Adamolekun, the president and executive director of the foundation, said that an academy would raise the profile of the game not only in Jamaica, but also across the region. In addition, she said, it will also help to generate fundsthat would will be used to finance the programmes of the Jamaica Football Federation (JFF).

“I think this will be a great revenue generator for the JFF if we can get girls from outside of Jamaica to come to the academy,” said Adamolekun, who has a Bachelor’s from the University of Texas at Austin and a Master of Science from Texas State University.

“This can become a world-class academy that girls from across the globe will be attracted to,” she said while noting that the foundation would seek to have local and international coaches working at the training facility.

Quarrie, an attorney with more than 15 years’ experience in the energy industry, said Haiti is the only country in the region that currently has a football academy for girls, and having an academy in Jamaica would certainly help with the development of local female programmes.

“Our goals are that our next supply line of girls for the national team will come out of the academy that we will be setting up, and we will use these girls to help us qualify for the next World Cup,” said Quarrie.

“There is no other country in the region, other than Haiti, that is using this model to develop their young girls for their national teams,” she said.

“Right now, you are on your own in terms of your growth as a football player, and so we could be at the forefront of a new model for developing our players for the World Cup,” Quarrie said.

She added that the foundation, which was launched in January 2018 with a mission to inspire, educate, mobilise, and support the next generation of young female footballers in Jamaica, is now seeking support to help with the sponsorship for the academy.

“We are looking for partners to help us achieve this goal, and those partners are the Diaspora corporations, individuals, and anyone that shares our vision,” Quarrie said. At present, the Reggae Girlz Foundation is seeking to raise funds to support the national team.

They have launched a $10 giving campaign from which they hope to raise as much as J$30 million.